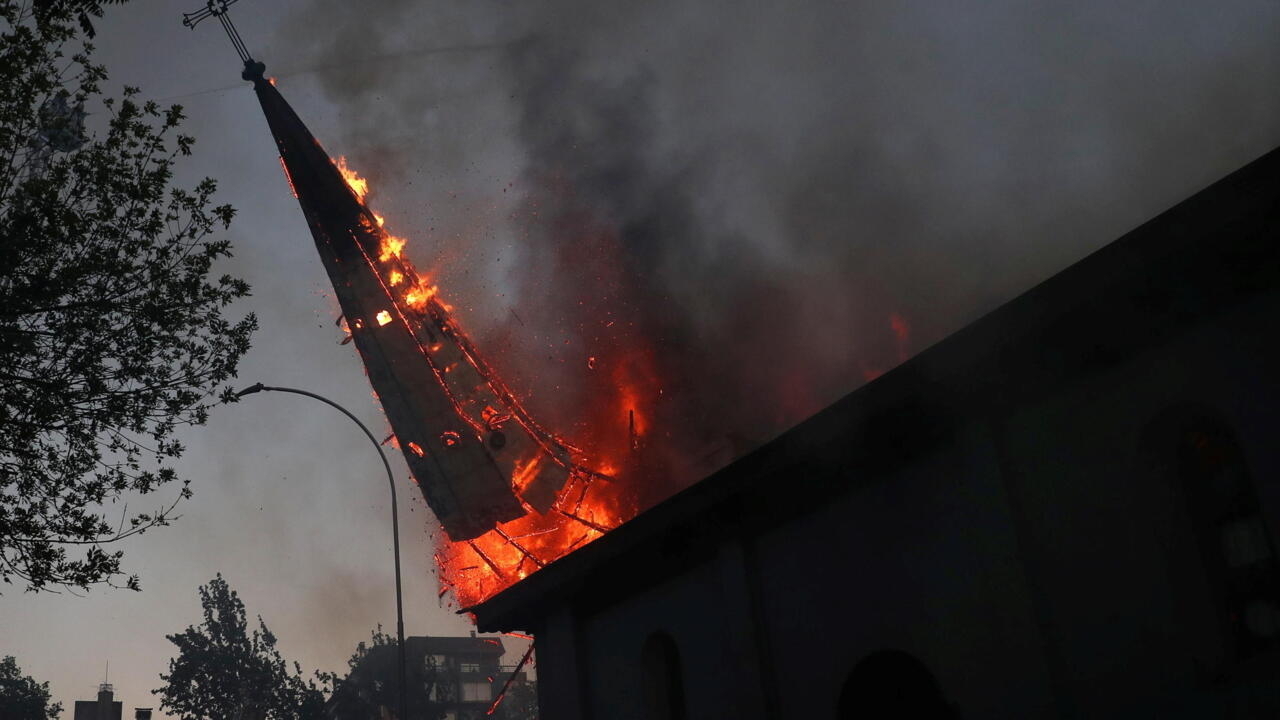 Tens of thousands of Chileans gathered in the central square of Santiago to mark the one-year anniversary of mass protests that left over 30 dead and thousands injured, with peaceful rallies on Sunday devolving by nightfall into riots and looting.

People gathered early in the day in demonstrations downtown and in cities throughout Chile that gained size and fervor through the evening. Many touted signs and rainbow colored homemade banners calling for a "yes" vote next Sunday in a referendum over whether to scrap the country's dictatorship-era Constitution, a key demand of the 2019 protests.

The demonstrations, while largely peaceful early on, were marred by increasing incidents of violence, looting of supermarkets and clashes with police across the capital later in the day. Fire truck sirens, burning barricades on roadways and fireworks on downtown streets added to a sense of chaos in some neighborhoods.

Interior Minister Victor Perez spoke late in the evening, praising the early, peaceful rallies while blasting the late-night mayhem. He called on Chileans to settle their differences by voting in the upcoming Oct. 25 constitutional referendum.

"Those who carry out these acts of violence do not want Chileans to solve our problems through democratic means," Perez told reporters, vowing to punish those who crossed the line Sunday.

Early in the day, an angry mob jeered and threatened a Communist Party mayor. Later, masked individuals firebombed a police headquarters and church. Vandals attacked another Santiago church in the early evening, setting its spire aflame and choking side streets with smoke.

More than 15 metro stations were temporarily closed amid the unrest. Police fired tear gas and water cannons in skirmishes with sometimes violent, hooded and masked people.

Last year's protests, which began Oct. 18, raged until mid-December as Chileans gathered nationwide to call for reforms to the pensioRead More – Source

Factbox: Conservative lawmakers who have switched to back PM May’s Brexit deal

‘Boris blimp’ takes to the London skies in pro-EU protest

FBI arrests 70yo who made ricin & tested it on her neighbors

‘Unknown’ soldiers: US won’t disclose location of thousands of its troops