More than 90 people wounded in the fire have been taken to several hospitals in the capital for treatment, the Central Committee of Sudan Doctors (CCSD) in its preliminary report posted in Arabic on Facebook.The doctor's committee said many of those injured would need emergency care and called on their colleagues that were off-duty to rush to the hospitals to help the victims. CCSD, which led a protest movement calling for a civilian rule in Sudan, pleaded with other health workers in the city to prepare for more casualties as people are evacuated from the scene of the accident. 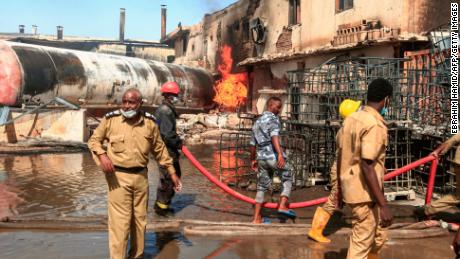