Dressed in colorful traditional outfits and holding the country's national flag on Wednesday, the group lifted their hands as they took their oath of allegiance and became the country's citizens.President Nana Akufo-Addo said those conferred with the citizenship join a generation of diasporans, including civil rights activist William Edward Burghardt "W.E.B." Du Bois and American poet Maya Angelou who lived in the country."I am glad you have decided to make Ghana your home and thereby join several generations of Diasporans, who committed their lives to us," the president said in a statement.The event is part of a series of activities lined up this year for Ghana's Year of Return marking 400 years since the first enslaved Africans arrived in North America. 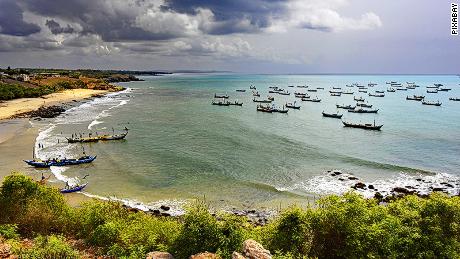 Launched in 2018, the campaign encourages people of African descent, whose ancestors were victims of the brutal slave trade, to return to Ghana. The government has been marketing its slave sites aggressively to African diasporans tracing their roots.Akufo-Addo said that an estimated 75% of the slave dungeons on the west coast of Africa were in Ghana and the country recognizes its role. People were enslaved in these dungeons and then shipped from Ghanaian ports as part of the transatlantic traRead More – Source

Who is Abdel Fattah el-Sisi?