Moreno announced the move to the southern city of Guayaquil in a televised address on Monday, as defense officials revealed the military had to rescue more than 50 of its members held hostage by protesters.Ecuador has seen five days of unrest over Moreno's plans, part of a package of economic reforms drawn up in the wake of a $4.2 billion financing deal with the International Monetary Fund (IMF).The military stepped in to rescue dozens of personnel held by indigenous groups protesting the end to fuel subsidies, Ministry of Defense officials said Monday. Themeasure has also unleashed the wrath of labor and transport unions, who have called for a nationwide strike. More than 470 protesters have so far been arrested, officials said Monday.Union leader Abel Gomez told Ecuavisa TV that the syndicates will continue to strike until the order is repealed. On Monday, Ecuador's Secretary of State Juan Sebastian Roldan asked indigenous groups leading the protests to put an end to the ongoing looting and violence. "It is the sole and exclusive responsibility of indigenous leaders to control the situation," Roldan said during a press conference. Moreno blamed foreign influences such as Venezuelan leader Nicolas Maduro and leftist former president Rafael Correa for the unrest engulfing the nation. 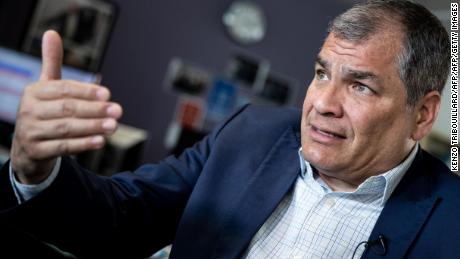 The president did not provide evidence for these claims, but said he will not go back on his decision to abolish the subsidies. "These incidents of vandalism and violence demonstrate there is some organized political intention to destabilize the government and break constitutional law, break democratic order," Moreno said during the nationally-televised address."They are foreign individuals, external and paid," he said. "This trick by Maduro with Correa is to cause instability."Correa, who currently resides in Belgium, tweeted that Moreno is a "traitor" who is "finished" and called for new elections.Moreno served as vice-president under Correa from 2007-13 and then became president in May 2017.Read More – Source