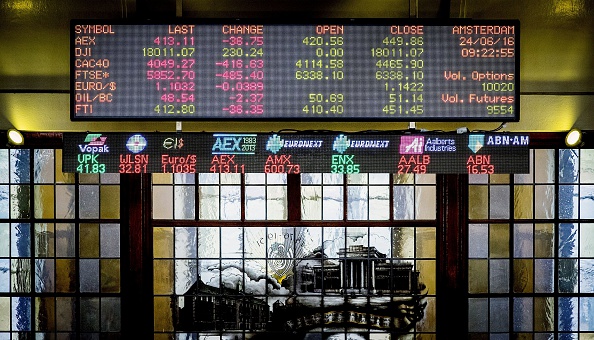 The FTSE 100 copied European stock indices and rose sharply this morning when it finally opened after the worst outage in eight years.

Britains blue-chip index had risen 0.4 per cent shortly before 11am UK time. Londons traders were over an hour and a half late to get going, however, due to what the London Stock Exchange called “a technical software issue”.

Investors were buoyed by the news that China is planning to inject some stimulus into its economy. Its state planning office said this morning it would act to increase disposable income.

European investors were also in a good mood after a week of trade war-induced anxiety. Germanys Dax index had climbed 0.8 per cent, Frances CAC 40 had risen 0.9 per cent, and the pan-European 100 was up 0.9 per cent.

Traders buying up stocks sold off so-called safe haven assets. The yield on the 10-year US government bond, known as a Treasury, had risen four basis points (0.04 percentage points) to 1.57 per cent. Yields move inversely to prices.

David Cheetham, chief market analyst at online trader XTB, said of the London glitch: “The only real difference with opening later is that those who wanted to execute on the open have beenRead More

Bitcoin mining explained: How does it work? Why does it use so much energy?