The 47-year-old plastic surgeon from Westchester arrested with an alleged boatload of weapons in his car, assault rifles, body armor, knives and more than 1,600 rounds of ammo, is expected to face separate charges on Long Island after another arsenal was found in his residence there, officials said.

Matthew Bonanno, whose alleged cache was discovered this week by police investigating a report he had threatened his estranged wife and family, had another stash at his apartment in Nassau County, police said Thursday. According to a law enforcement source, the stash at the home in Great Neck included another seven rifles, two shotguns, two handguns, brass knuckles and several thousand rounds of ammunition.

Investigators are working to determine if the weapons are legal, the source said, adding the doctor was expected to face separate charges in Nassau County at some point. It wasn't clear when those anticipated charges might be filed.

Bonanno was remanded without bail following his arraignment Tuesday on a slew of weapons charges. He was arrested a day earlier, when someone saw him at Growler's Beer Bistro on Main Street; that person saw him with a handgun, heard him say he wanted to hurt his wife and notified authorities. 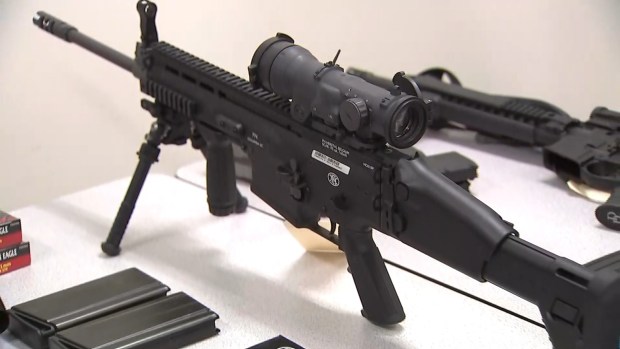 Cops responding to that call found Bonanno, who had gotten a ride to the bar with a friend, in possession of a loaded glock semi-automatic handgun, authorities said Wednesday. Cops found the surgeon's car parked in front of his wife's house in Tuckahoe, and it was aRead More – Source