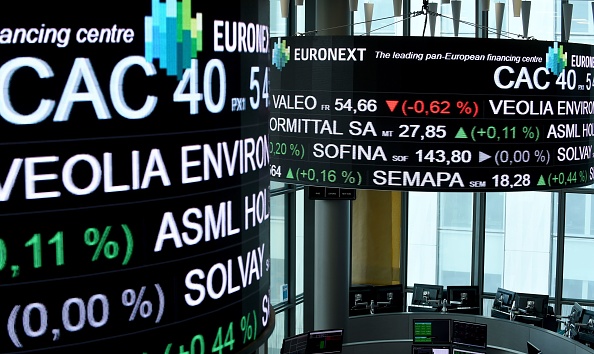 European stock markets have fallen firmly into the red after Chinas finance ministry said the government has to retaliate against the latest US tariffs on $300bn worth of its goods.

The ministry also said the move by US President Donald Trump to threaten tariffs of 10 per cent on the goods breached a consensus reached by the leaders of the two sides.

The escalation by the Trump administration would mean tariffs applied to almost all Chinese exports to the US. The US has since suspended over $150bn of the 10 per cent tariffs but it currently levies over $250bn of Chinese goods at a higher rate.

The statement came after Asian markets closed. The Shanghai composite index finished up 0.3 per cent while Hong Kongs Hang Seng rose 0.8 per cent after Trump tweeted yesterday that “good things were stated” on a phone call between the two sides.

Yet any goodwill between the sides seems to have evaporated. The news from China adds to investors nerves after an inversion of the so-called yield curve of government bonds in both the US and the UK yesterday.

This means yields – the interest holders receive – on longer-dated bonds falls below those on shorter-dated ones.

Such an event implies investors fear for future growth and are piling into ultra-safe assets. Jim Reid of Deutsche Bank said of the US: “Every inversion since 1956 has seen a recession follow.”

Nomura macro and quant strategist Masanari Takada said: “We see a high risk of the market unwittingly launching itself into a pattern of trades that make a recession essentially self-fulfilling, barring the emergence (by the end of August) of some pRead More

SoftBank is said to place all shares for $23 billion IPO