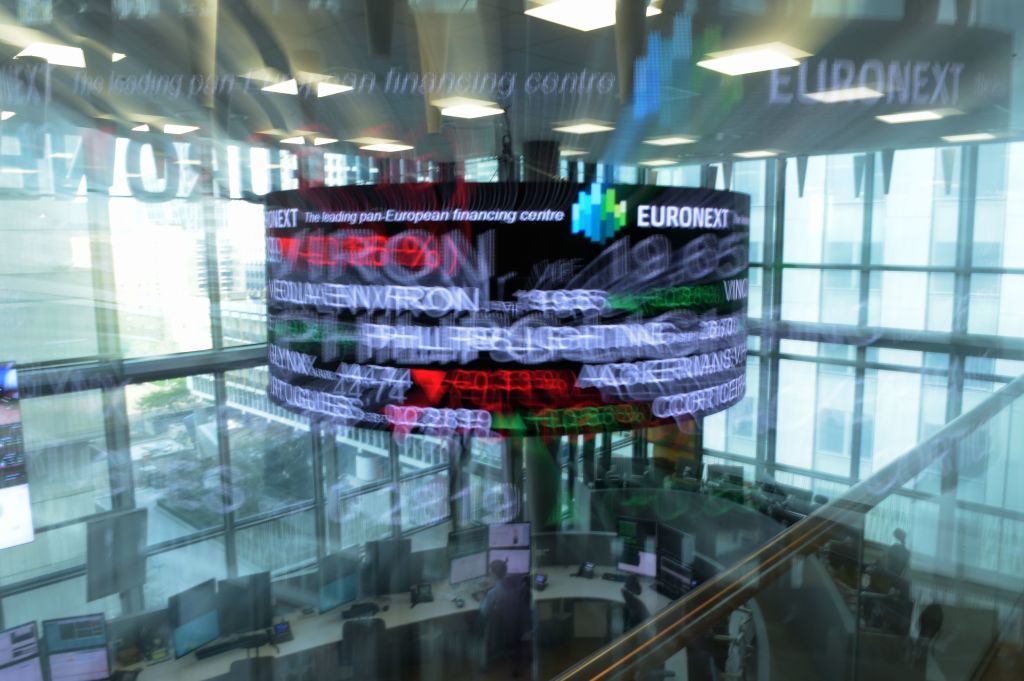 European stock markets have fallen into the red this morning after Germanys economy shrank in the second quarter.

Equities were also levelling out after US President Donald Trump put a rocket under global markets yesterday by announcing his country would hold back on some planned tariffs on Chinese goods.

Germanys benchmark stock index, the Dax, slipped 0.5 per cent this morning after official data showed the countrys economy contracted by 0.1 per cent in the second quarter compared to the first.

The weakness in Europes largest economy dragged down Frances CAC 40 by 0.5 per cent, while the pan-European Euronext 100 had dropped 0.4 per cent in early trading.

Britains FTSE 100, more detached from the Eurozone economy, was flat-lining.

Investors selling equities moved towards so-called safe-haven assets such as government bonds. The yield, which moves inversely to the price, on 10-year German Bunds fell 1.6 per cent (0.016 percentage points) to minus 0.621 per cent, meaning investors holding the bond to maturity will receive less than they paid.

The yield on UK 10-year Gilts fell 1.3 basis points to 0.485 per cent. Another safe-haven asset, the Japanese yen, rose 0.3 per cent against the dollar.

The global slowdown, weak demand from China and trade tensions all contributed to the shrinking of Germanys economy, which was driven by a slump in exports.

“The bottom line is that the German economy is teetering on the edge of recession,” said Andrew Kenningham, chief Europe economist at Capital Economics.

Investors were also reacting to data from China which showed industrial output slowed to a 17-year low in July.

Shares rose dramatically yesterday when the US trade representative announced the US would not slap 10 per cent tariffs, as originally planned, on some Chinese goods such as lapRead More