"I fear that they will have far-reaching implications on the rights to health and to food in particular, in a country where there are already serious shortages of essential goods," Bachelet said, describing the sanctions as "extremely broad." Monday's sanctions have meant that assets of the Venezuelan government and associated entities have been frozen and economic transactions have been prohibited by the US, unless specifically exempted. Transactions related to the official business of the federal government and humanitarian aid are already exempt.However, Bachelet said she feared that "that businesses and financial institutions are likely to err on the side of caution and completely halt transactions relating to the Government of Venezuela rather than risk punishment for violating the sanctions."She called on anyone with influence to "work together constructively for a political solution" which puts Venezuelan citizens interests above all.This week's sanctions marked an escalation from the already expansive US measures against the Venezuelan government.The U.S supports the leadership of National Assembly president Juan Guaido, who has galvanized months of mass protests to change the country's government since early this year. Embattled president Nicolas Maduro, whose term was renewed last year in elections which were largely viewed as a sham, has refused to step down and continues to be supported by a few countries including China, Russia and Cuba.On Monday night in a letter to Congress announcing the measures, US President Donald Trump wrote: "I have determined that it is necessary to block the property of the Government of Venezuela in light of the continued usurpation of power by the illegitimate Nicolas Maduro regime, as well as the regime's human rights abuses, arbitrary arrest and detention of Venezuelan citizens, curtailment of free press, and ongoing attempts to undermine Interim President Juan Guaido of Venezuela and the democratically-elected Venezuelan National Assembly." 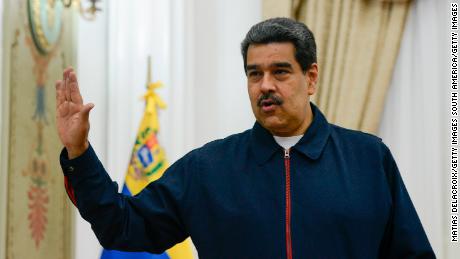 Maduro's government has strongly protested the sanctions. On Tuesday, foreign minister Jorge Arreaza claimed that because of the sanctions the country was no longer able to import food for a key subsidy program called Local Committees of Food Production (CLAP, in Spanish). According to Read More – Source