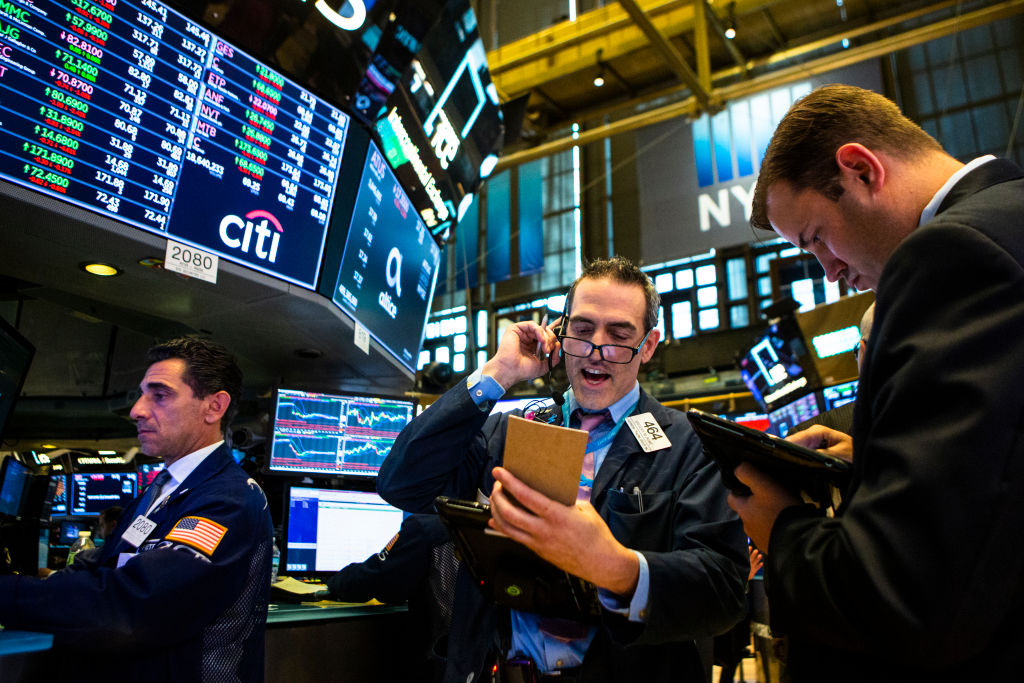 US stock markets fell today and investors bought up so-called safe haven assets as central banks around the world slashed interest rates in response to slowdowns.

Read more: China hits back after US labels rival a currency manipulator

European stocks climbed, however, as deals in the German chemicals sector provided a welcome boost to equities after a torrid start to the week.

Global stock markets tumbled at the start of the week after US President Donald Trump put 10 per cent tariffs to $300bn of Chinese goods in a major escalation of the two sides trade dispute.

In response, Chinas currency the renminbi slid to the seven-per-dollar level not seen since the financial crisis. Investors saw the drop as a sign that China had resigned itself to not reaching a trade agreement.

Investors snapped up assets considered safe havens, driving the price of gold past the $1,500 mark for the first time in six years.

The yield on US 10-year government bonds, or Treasuries, had fallen six basis points (0.06 percentage points) to 1.64 per cent. Yields move inversely to prices.

The flight to safety was boosted by central banks in Thailand, India and New Zealand all cutting interest rates.

In Europe, the German Dax index had risen 0.7 per cent despite worse-than-expected industrial data.

The rise came as investors focused on a $3.9bn deal that will see German chemical groups Bayer and Lanxess sell a chemical park operator to infrastructure investor Mira. Bayer shares had climbed over six per cent while Lanxess had gained over four per cent.

The White Houses assurances yesterday that it wants to engage China in further talks appear to have appeased European investors, but US markets remained sceptical.

Masanari Takada, a strategist at Nomura, warned that stock markets could soon face a “Lehman-like shock” as trade tensions and slowing global growth caught up with equities.

“The second wave may well hit harder than the first,” he said. “We read the current trend in sentiment as suggestive of both deterioration in supply-demand for equitiesRead More

IBC code should not set precedence of selecting someone who has bid a lower amount: Sameer Kaji, Binani Industries