During a press conference in El Paso, Ebrard said Mexico is also considering petitioning for the extradition of the man accused of killing 22 people, including eight Mexicans. Six Mexicans were among the 27 wounded, he said."We consider this to be an act of terror, obviously on US territory, but against Mexican citizens," Ebrard told reporters after meeting with victims at the two medical centers in El Paso where they are being treated. Ebrard said the government is also "analyzing actions regarding gun control."The comments came a day after Ebrard said the Mexican government was looking into taking legal action against the United States.The 21-year-old white supremacist suspected of carrying out a deadly shooting at a Walmart in El Paso wanted to stop a "Hispanic invasion of Texas," according to a political document police believe he wrote. Authorities are reviewing a racist, anti-immigrant document they believe the suspect posted on the online message before the shooting. The 2,300-word document, which police called a "manifesto," is filled with white supremacist language and racist hatred aimed at immigrants and Latinos. It blames immigrants and first-generation Americans for taking away jobs. President Trump on Monday morning said the shooter's manifesto was "consumed with racist hate." 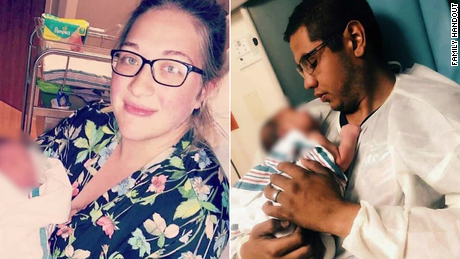 "In one voice, our nation must condemn racism, bigotry and white supremacy," he said. "These sinister ideologies must be defeated. Hate has no place in America. Hatred warps the mind, ravages the heart and devours the soul."But he did not acknowledge his own divisive and racist rhetoric or address the suspect's access to firearms, and instead focused on unrelated issues of mental health and violent video games.EbrardRead More – Source

Empty your pockets: TSA lacks funds to install 3-D screening at US airports