Gov. Andrew Cuomo said Saturday that he believes the NYPD officer who is accused of using a banned chokehold in the July 2014 death of Eric Garner should be fired.

"We have a judge who said the officer in the Eric Garner case should be fired," Cuomo said at an unrelated press conference. "In our society, we say we follow the judge's orders and I think that's appropriate."

On Friday, an NYPD judge found officer Daniel Pantaleo guilty of "reckless assault" when he used an impermissible chokehold on Garner and recommended the officer be fired. Commissioner James O'Neil will ultimately decide the officer's future.

"When a judge says an officer should be fired because they did something wrong I believe the officer should be fired," Cuomo said. "The community needs to be respected and that's what the Eric Garner case is all about. It's gone on for five years. Five years that family has been suffering. Give them the respect of doing justice." 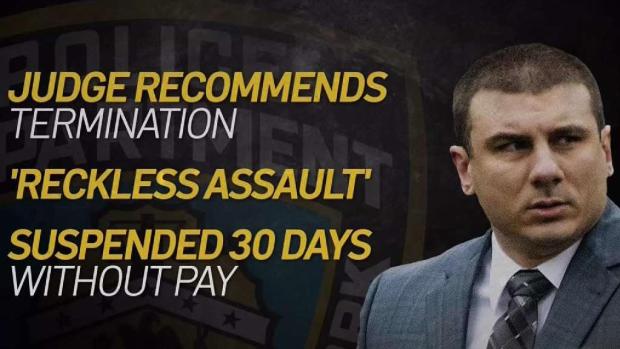 Cuomo also spoke of the need to respect police officers after some were recently doused with buckets of water.

Mayor Bill de Blasio said after the ruling that he will not and legally cannot tell ONeill what to do. That did not stop protesters from interrupting the mayor's press conference, demanding the city follow the judge's recommendation.

Garner, 43, was accused of selling loose, untaxed cigarettes when he was stopped by police on Staten IslRead More – Source