Officials said they found the four prisoners dead inside two cells of a prison bus in the city of Maraba. The inmates, who were identified as all belonging to the same gang, were suffocated, according to the officials.The four were among 30 inmates being transferred to a new prison, after being involved in the riot in Altamira earlier this week, the Ministry of Public Security and Social Defense of the state of Para (SEGUP) said in a statement. Authorities said all of the prisoners in the bus had been handcuffed and divided into four cells during the transport. The 26 remaining prisoners have been placed in isolation.The deaths bring the incident's death toll to 62, including a charred body found "under the rubble" by the Institute of Forensic Medicine of Para late on Tuesday, according to a SEGUP statement.Violence first broke out when a local gang stormed a wing of the prison controlled by a rival group, state news reported. The majority of the victims are believed to have died from asphyxiation, after gang members set fire to part of the prison complex. Sixteen, however, were decapitated.Brazil's often overcrowded and underfunded prison system has been the scene of several deadly incidents in recent months. In May, 55 inmates were killed in gang-related riots at four prisons in western Brazil. Local prison authorities said at the time that the deaths were a result of clashes among rival factions within the same gang, known as the Family of the North. 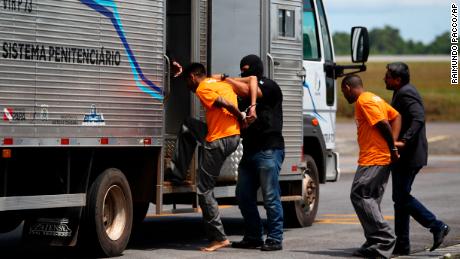 Benjamin Lessing, a professor at the University of Chicago who studies Brazil's prison gangs, said that there were likely local factors at play in Monday's violence, but that the attacks were also part of an ongoing turf war between the country's two main gangs and a "whole constellation of local gangs.""Most of the violence has been in this region, the north and the northeast region, and it's a place where these gangs are actively fighting each other to achieve some kind of local hegemony or at least carve out space," Lessing said."It doesn't mean these gangs don't exist in the rest of Brazil — they do, and there's violence in other parts of Brazil too related to these gangs. But it seems like where the fighting is very intense right now is in this north-northeast region."The gangs used to only exist in Rio de Janeiro, but in recent decades have spread throughout the country, Lessing said. 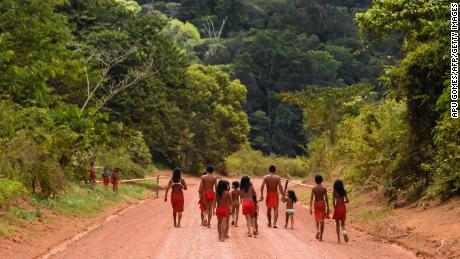 The country's prison population has ballooned to the world's third-largest, trailing only the United States and China, according to the World Prison Brief.Brazil's penitentiary system has for years been plagued by what analysts have described as systemic failures. The country's top prison official Read More – Source

Systemic racism? A reality for many African-Americans

Uber Announces New $200 Helicopter Service to and From JFK