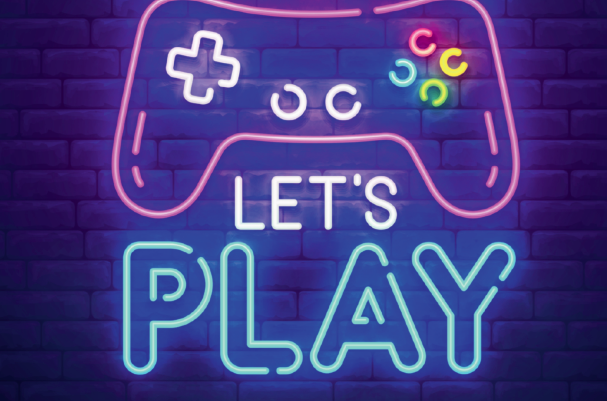 For the past decade, largely unnoticed by traditional media, scores of YouTubers have been racking up millions of views by posting videos of themselves playing video games.

These videos, called Lets Plays, occupy a niche position in the new online ecosystem. Lets Players arent competitive gamers; in fact, theyre often pretty hopeless at video games. The point isnt to display your skills, but to entertain – to create comedy through incompetence, or to inspire the slow-burn thrill of vicarious achievement by completing a particularly challenging level.

Lets Play is an impressively diverse genre, encompassing long-form play-throughs of difficult titles, highly edited bite-sized clips (typically of comedy and horror games), and a slew of miscellaneous and unclassifiable videos. Lets Players often branch out into different video-forms, and innovation is rewarded. One channel, Funhaus, made a name for themselves by playing obscure and poorly-made games. Other creators make music videos – or, as British YouTuber KSI did last year, compete in boxing matches against other online celebrities.

Belying their seemingly parochial audience of YouTube and gaming enthusiasts, Lets Plays are astonishingly popular, sometimes bewilderingly so. A moderately successful channel can be a full-time job, and entire companies (like the Texas-based Achievement Hunter) exist just to produce Lets Play content. Prominent channels can receive more views than even the most watched television shows, which is as much a sign of the success of YouTube as it is a portent for traditional media. A particularly lurid illustration of this can be seen in the 206m views that the most-viewed video by PewDiePie, YouTubes most subscribed-to Lets Player, has received. By contrast, an estimated 40m people tuned in to the series premiere of the new season of Stranger Things.

“The popularity of Lets Plays is mostly down to the fact that a lot of people now watch YouTube instead of traditional programming,” says Gav Murphy, one third of the Lets Play crew RKG. “But our audience also loves seeing the friendship, camaraderie and humour that comes from us playing together. We take the piss and try and make each other laugh but we also support each other, and talk personally with our audience.”

The most popular creators can become eye-poppingly wealthy, especially once sponsors catch on

Unsurprisingly for such a popular medium, Lets Plays can be highly profitable. RKG make over £25,000 a month through the crowdfunding website Patreon, an amount that persuaded the trio to quit their day jobs and pursue it full-time. YouTube funding is less straightforward, but the most popular creators can become eye-poppingly wealthy, especially once sponsors catch on. PewDiePie is worth somewhere between $35 and $50m; Markiplier, only the 53rd most-subscribed YouTuber, has around $24m to his name.

Despite being broadly embraced by the gaming community, some in the industry have argued that Lets Plays are having a deleterious effect on the quality of new titles. Games like Goat Simulator and I Am Bread have been derided for being YouTube-bait – gimmicky and carelessly made games designed specifically for the Lets Play format, and boosted into undeserved popularity by being featurRead More – Source

The highest homes in London went on sale this week

From lock-ups to lock-ins: We visit London’s prisons-turned-bars