"Basically, he's going to be dead today or tomorrow. I know that," Alan Schmegelsky, whose son Bryer is a suspect, told The Canadian Press. "Rest in peace, Bryer. I love you. I'm so sorry all this had to happen. I'm so sorry that I couldn't rescue you." The comments came the same day authorities charged Kam McLeod, 19, and Bryer Schmegelsky, 18, with one count of second degree murder in the death of Leonard "Len" Dyck of Vancouver, British Columbia. Dyck's body was found Friday, and authorities were able to identify him after releasing a composite sketch of the man. "As a result of the charges, Canada-wide warrants have been issued," the Royal Canadian Mounted Police Department said in a news release. "RCMP investigators across the country continue to share information with other law enforcement agencies as the suspects remain at large."The suspects have been moving east since last week, authorities said. They were reportedly spotted in Meadow Lake, Saskatchewan, on Sunday, and their Toyota vehicle was found burned on Monday near Gillam, a town of just over 1,200 people with only one major road running through it.Initially, the two were believed to be missing. Now, the RCMP say they are suspects in the shooting deaths of Dyck, as well as Chynna Noelle Deese, a 24-year-old American, and Lucas Robertson Fowler, her 23-year-old Australian boyfriend.

Go out in a 'blaze of glory'

In the emotionally charged interview with The Canadian Press, Alan Schmegelsky said his son has been dealing with mental anguish and plans to go out in "a blaze of glory.""A normal child doesn't travel across the country, killing people. A child in some very serious pain does," he said. 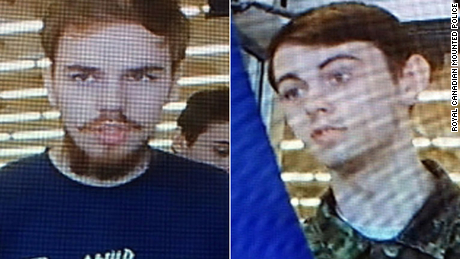 Schmegelsky described his son as an introvert, saying he played a lot of video games. He said McLeod and his son were good friends, who hung out a lot together. Both had jobs at Walmart, but said they weren't making enough money and decided to go to Alberta to look for work, he said. "I believed that's what they were going to do, and I was absolutely flabbergasted to learn that two days later, and I found this out from the paper," he said.Schmegelsky said he believes the RCMP will "shoot first and ask questions later."

Police say the two are 'armed and dangerous'

McLeod and Schmegelsky are considered armed and dangerous, and members of the public should not approach them, authorities said. They were last seen in northern Saskatchewan — about a day's drive east of where the bodies were found — driving a gray 2011 Toyota RAV4, authorities said. The pair may now be in Manitoba, east of Saskatchewan, the Royal Canadian Mounted Police said. The Manitoba RCMP confirmed Wednesday they had recovered the suspects' Toyota near Gillam."The two may being using a different vehicle, on foot or even traveling separately. If they are spotted, do not approach, call 9-1-1 or your local police immediately," the RCMP said. The RCMP have dispatched more officers to the area and set up an informational checkpoint at the road leading into town, RCMP Cpl. Julie Courchaine said. McLeod is 6 feet, 4 inches tall, 169 pounds and has dark hair, facial hair and brown eyes. Schmegelsky is 6 feet, 4 inches tall and 169 pounds with sandy hair, police said. 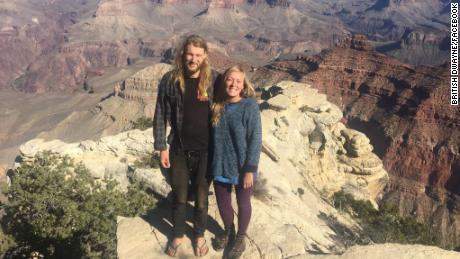 They are suspected in the shooting deaths of Deese and Fowler, whose bodies were found on July 15 about 12 miles south of Liard Hot Springs in northern British Columbia, the Royal Canadian Mounted Police said.Fowler was living in British Columbia, and they were exploring the area while Deese was visiting him, RCMP Sgt. Janelle Shoihet said. Deese's mother, Sheila Deese, said the couple had been on a road trip through Canada up to Alaska.

'His death has created unthinkable grief'

Corbyn – I’m waiting for May to move Brexit ‘red lines’