Another former police officer in northern New Jersey could spend decades in prison after admitting to conspiring to violate civil rights by participating in illegal traffic stops and shakedowns, according to federal prosecutors.

Toledos sentencing is scheduled for Oct. 22. 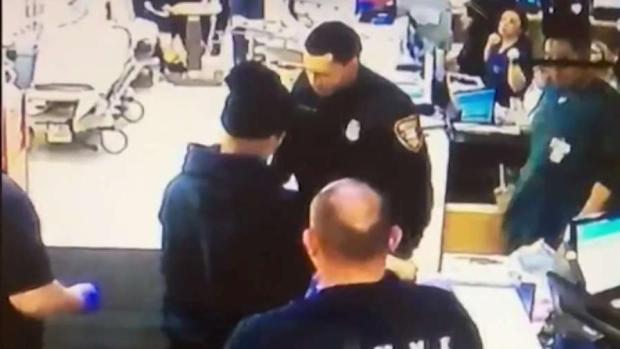 In a statement, Paterson Police Director Jerry Speziale Jr. said: "The Paterson Police Department will never tolerate or accept racism and corruption in its ranks. We identified this officer's behavior and took immediate action to investigate and cooperate with our federal law enforcement partners. I am committed to aggressively removing officers who betray the trust of the people that they serve. This officer has been terminated."

"This is yet another frustrating and sad day for Paterson when a police officer once trusted to protect and serve betrays those who empowered him," Sayegh went on to say.

Court documents say that Toledo, along with other Paterson police officers, including Jonathan Bustios and Matthew Torres, stopped and searched motor vehicles, without any justification, and stole cash and other items from their occupants.

To cover up their alleged criminal activity, Toledo and other officers then filed false police reports. According to court documents, in one instance, on Dec. 2, 2017, Toledo and Ramos stopped and arrested an individual in Paterson and stole approximately $1,000, which they split, prosecutors say, adding that Toledo and Ramos then filed a false police report omitting that they had stolen $1,000 from the person they arrested.

According to the court documents, Toledo communicated via text message with his conspirators regarding their illegal activity. In one text message, on Nov. 16, 2017, Toledo wrote to Bustios, “everything we do is illegal.” In another, Bustios sent Toledo a text message with an animated talking pig that said, “Im tryin to go mango hunting. Lets goooo.” Toledo replied with an address and wrote “meet me here,” telling Bustios to meet him at a location where they could look to illegally seize “mangos,” a code word for cash.

Toledo also routinely used unreasonable and excessive force in his encounters with individuals in Paterson, causing them bodily harm, according prosecutors. In one of these instances, Toledo beat a minor who owed him money and told Bustios when he used force on the minor, “he was no longer a cop.”

In yet another incident detailed by prosecutors, Toledo and another officer arrested a man and handcuffed him behind his back, placed him in the backseat of their police car and hit the brake to force the man to slam his body and head against the divider – a tactic known as “brake-checking.” Prosecutors say he sent video of the incident to others.

Toledo is one of a staggering number of Paterson cops who have been arrested in an ongoing FBI probe.

Teen Killed at Sleepover in NYC in Case of Mistaken Identity