The case, which was confirmed Sunday by the country's Ministry of Health, has raised fears that the virus could make its way across the porous border into still-uninfected Rwanda — something health experts have been working desperately to prevent.The ministry announced Sunday that a sick pastor had arrived in the regional center by bus from the northeastern city of Butembo, where the virus first struck last September. Authorities said they had tracked down all the passengers on the bus and the driver. As a result of the speed in which the patient was quickly isolated and transferred to an Ebola treatment center, the risk of the disease spreading in Goma was low, the ministry said. The bus driver and the 18 other passengers will be vaccinated on Monday.Since the latest outbreak began in the Democratic Republic of Congo last August, the virus has ravaged the northeastern provinces of North Kivu — where Goma and Butembo are located — and neighboring Ituri.A total of 2,489 cases have been reported in the central African nation, killing a total of 1,665 people, according to the Ministry of Health.Health officials and aid organizations have dreaded Ebola's arrival in Goma for months, and have been working to prepare for the eventuality — which is partly why the case was immediately caught and isolated."While not welcome news, it is something we have long anticipated," Tedros Adhanom Ghebreyesus, director-general of the World Health Organization (WHO), said on Twitter. "We have been doing intensive work to prepare Goma so that any case is identified and responded to immediately." 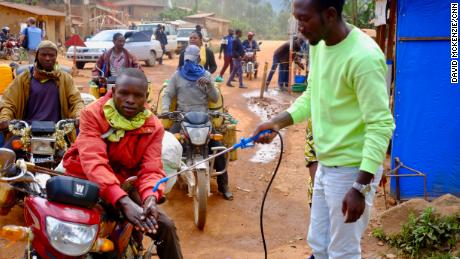 These preparation measures include an emergency response team that has carried out outbreak simulation exercises, WHO teams that screen travelers at every entry and exit point in Goma, and workers who check the city's health centers every morning for suspected cases, according to WHO officials.In another tweet, Ghebreyesus said that 3,000 health workers in Goma had been vaccinated, and that the sick pastor is being treated in the Ebola Treatment Center in Goma, run by the DRC Ministry of Health and Doctors without Borders.Read More – Source

Calm as Niger counts down hours to crucial election

WHO preparing for worst-case Ebola scenario