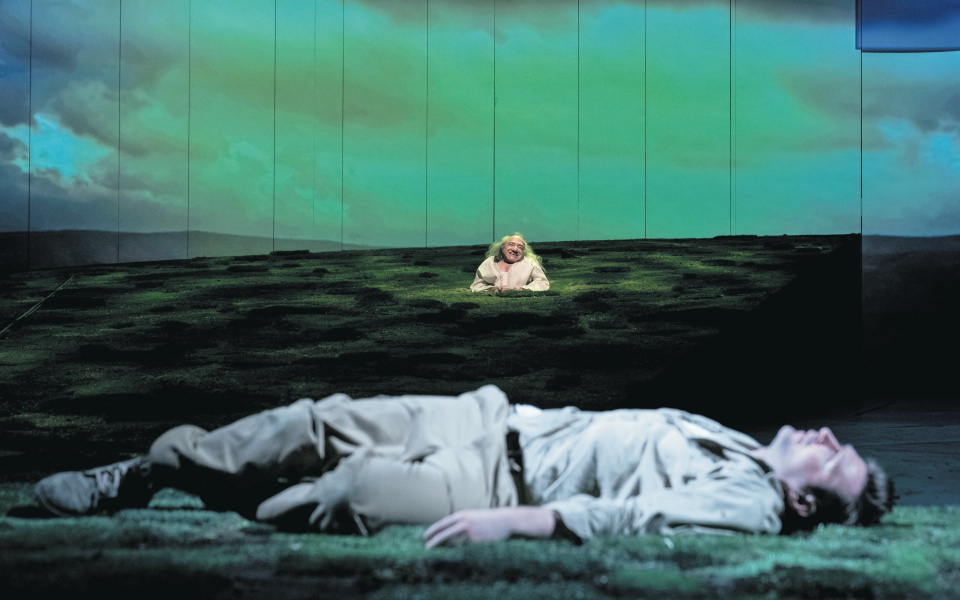 Before the curtain rose for this reimagining of Ibsens allegorical play Peer Gynt, audience members were surreptitiously snapping pictures of the set, presumably to impress their Instagram followers. “Im at the theatre! #culture”.

How appropriate for a play (originally a poem but adapted soon after) that asks if a life can be fulfilled simply by gaining the adulation of others, or whether you have to, you know, actually do something.

This modern reinvention by David Hare – now on his 18th play for the National Theatre – follows Peter Gynt, a boorish dreamer from Dunoon whose heroic war stories are all lifted from Dam Busters. Hes a fantasist, a liar and a rogue, not interested in doing anything worthwhile, but desperate for everyone to think he is.

After running off with a disaffected bride on the day of her wedding, hes hounded from his hometown and sets off to carve out a name for himself, meeting the king of the trolls, rising to the top of the business world, and posing as a prophet.

Adapting a work so sprawling – in both scope and length – is no mean feat. Surely Hare, though, the doyen of middle-brow theatre, is the man to pull it off? Alas not. His play slogs an ungainly path, attempting to capture the chaotic energy of the original text, but hamstrung by the need to constantly reference it.
In the end, the modern jokes – and I use the word charitably – feel conspicuous and awkward, and the obviously Norwegian parts are just plain weird.

A trio of country women are recast as hotpant-clad cowgirls, who erupt into the first of the evenings ill-conceived songs. The trolls become a Bullingdon Club-esque bunch of pig-nosed toffs; Gynts success sees him morph into the permatanned owner of a Florida golf course (complete with long red tie, should you miss the well-signposted joke).

This bluntness becomes weaponised over the course of more than three hours, beating you into submission with jokes that feel like theyRead More – Source

Why you should believe the Hamilton hype

Can eco-tourism help Cape Town during its worst ever drought?

Why Domino’s Pizza sell-off was overcooked