A day after a powerful quake rattled Southern California, residents across the region were shaken by a 7.1 temblor that rattled for up to 40 seconds, knocked out power and frayed already thin nerves.

"Every earthquake makes another earthquake more likely," said seismologist Lucy Jones. "Yesterday's 6.4 is now a foreshock, and that 7.1 aftershock has become the main shock."

The governor also issued a statement Friday offering support to those affected by the earthquake. In addition, he formally requested federal assistance.

The LA Department of Water and Power reported an outage possibly in a part of the San Fernando Valley, affecting about 1,000 customers.

LA fire officials reported no serious injuries or signs of major damage. But in Kern and San Bernardino counties, officials reported cracked buildings and injuries. Urban Search and Rescue teams from LA and Orange counties were being deployed to Kern County to help with the damage there as they deal with a backlog of calls. 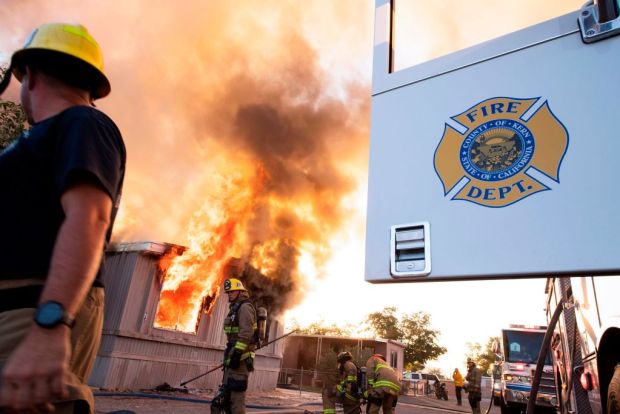 In an only-in-LA story, the Dodgers continued to play their game against the Padres at home as cameras rocked and announcers noted "another earthquake going" like Thursday.

NBA Summer League games in Las Vegas were stopped for the day as the announcer tried to calm visitors as they started to flee.

A Disneyland parkgoer tweeted that everyone was evacuated from the new ride, the Millennium Falcon. Park officials there and at Knott's Berry Farm halted rides to inspect them.

Everyone evacuating from the Millenium Falcon. Bizarre to be in Battu for the aftershock #disney#disneyland#earthquakepic.twitter.com/ArOhYVnf14

Just experienced what felt like an earthquake or aftershock in Las Vegas. Heres what the lights in Read More – Source