If you went to spend Independence Day at the beach in New Jersey or Long Island — you definitely were not alone.

Crowds packed spots up and down the shores, as the steamy weather made it the perfect day to spend soaking up some sun and splashing in the water.

Island Beach State Park and Sandy Hook Beach along the Jersey shore reached capacity in the early afternoon, forcing officials to turn some disappointed wannabe beachgoers away. However all the municipal beaches at the shore — which represent about 95% of the beaches — remained open throughout the day, but the trick was actually getting there. Many travelers complained about commutes that took hours, and finding parking at the locations was even more difficult.

And it wasnt just the sunny shores that were popular on Thursday. Multiple state parks in New Jersey reached capacity by the afternoon. High Point State Park, Wawayanda State Park, Swartswood State Park, Round Valley Recreation Area, Atsion Village & Recreation Center and Bass River State Forest all had to turn people away after crowds there got too big. Officials re-opened the parks later in the afternoon as crowds began to thin out.

Gridlock Getting to Jones Beach on Long Island 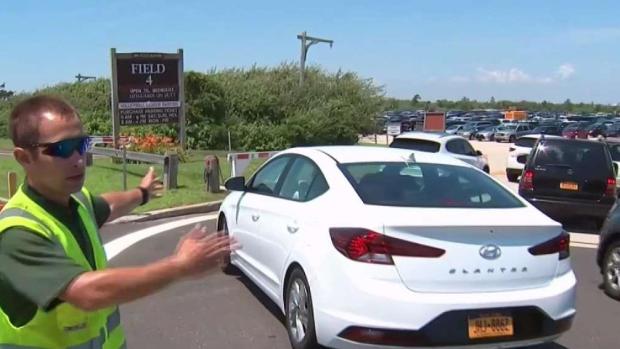 On Long Island, three state parks reached capacity. Popular Jones Beach wasnt closed at any point for July 4th, but once again the real task was just getting to the actual beach. Beachgoers said bumper-to-bumper traffic delayed them nearly an hour, but that didnt stop the approximately 200,000 people who made their way there — creating a similar level of gridlock on the sand, with a sea of umbrellas lining parts of the coast.

Many came to Jones Beach not only for some fun in the sun, but their fireworks show drew a large crowd as well. More than half of those who come during the day stick around for the pyrotechnic display. Officials advised those who were goRead More – Source

Weaker than ever, May tries to force her Brexit deal through