The driver of the public works truck that flipped over an overpass near the Lincoln Tunnel helix Wednesday, creating a shocking spectacle and wreaking traffic havoc for hours, described a harrowing few moments in which he desperately tried to save lives on the ground while protecting his own.

He somehow lost control of the truck in Union City — and it rolled off the overpass and onto the busy Route 495 as commuters were hurriedly trying to get where they were going to kick off their long holiday weekends. Bandaged and shirtless, suffering from a broken shoulder and three broken ribs, the driver told News 4 Friday he was trying to pump the brakes but the truck didn't stop.

"The best thing I did was try to hit a fence to cushion the blow; it went down slowly, it didn't go straight down," the driver said. And though he says he couldn't see other vehicles as he plunged toward them, he says, "I tried the best I could to save people's lives. It was amazing."

"Not too many drivers could make it," the man said, sounding extremely hoarse as gaping lacerations stood out on his bald head. "I walk out with life … I thank God for that miracle." 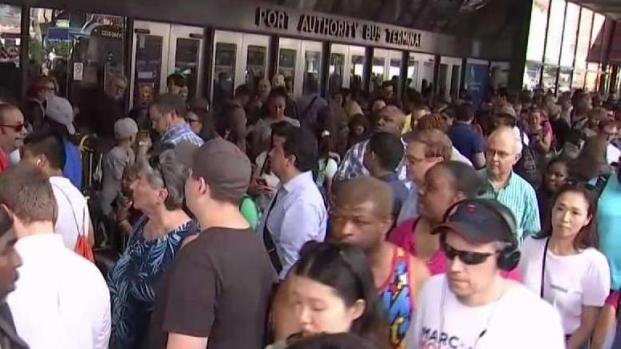