They tried to grab the spotlight, offered policies, interrupted each other and mostly steered clear of President Donald Trump (although the biggest applause line was directed right at Trump). The Democratic contest to beat Trump next year ramped up on Wednesday with the first of two debates among the large field of candidates.

Ten candidates took the stage in Miami, and another 10 will Thursday night in match-ups hosted by NBC, MSNBC and Telemundo.

The field is large and the 10 Democrats struggled to break out. Here are some of the top moments during the two hours of questions.

REMAKING THE AMERICAN ECONOMY
The first question went to Sen. Elizabeth Warren, D-Mass., and it was on one of her top issues: the economy. With 71 percent of Americans saying the economy is doing well, 60 percent of them Democrats, are the significant changes she calls for risky?

“Who is this economy really working for?” she asked. “Its doing great for a thinner and thinner slice at the top.”

The economy is the top issue for all Americans regardless of political affiliation, at 33%, according to Emerson College Polling.

Warren was the only candidate in Wednesday's debate who is polling in the double digits. She has made a name for herself for comprehensive plans that would remake the economy, from eliminating student debt to increasing taxes on corporations and the wealthiest Americans.

Elizabeth Warren: 'Economy Doing Great for Those With Money' 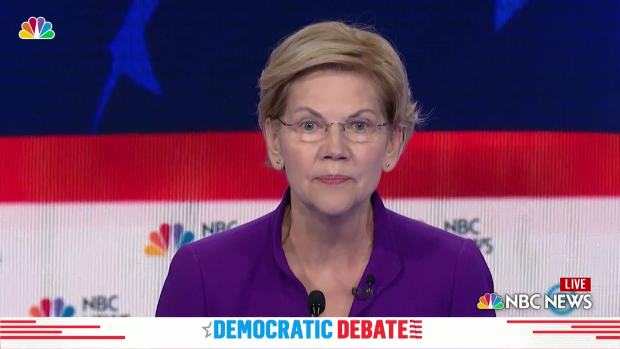 BILINGUAL CANDIDATES
Former Texas Rep. Beto ORourke was the first, speaking Spanish as he addressed the need for an economy that works for everyone. A short while later, Sen. Cory Booker of New Jersey did the same.

“When people come to this country they do not leave their human rights at the border,” he then said in English.

The Hispanic population in the United States stood at 57.5 million in 2016, making it the countrys largest ethnic or racial minority, according to the Census Bureau. Hispanics constituted 17.8 percent of the country.

And in his closing statement, former Housing and Urban Development Secretary Julian Castro — the only Latino candidate in the field — added that he would say, "Adiós to Donald Trump." Adiós was its own trending item afterward on Twitter. 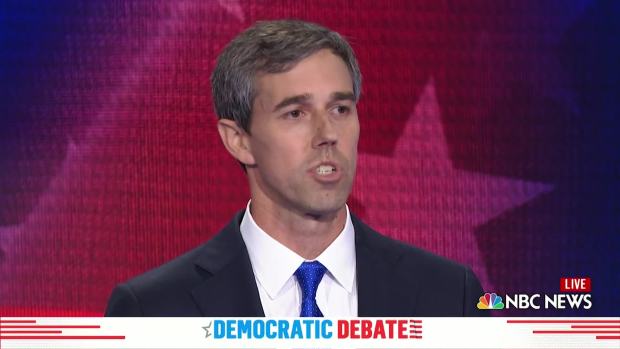 AN AFRICAN AMERICAN SON
In such a crowded field, the Democrats need to stand out. New York City Mayor Bill de Blasio tried one way, interrupting the other candidates a number of times.

And then on the question of guns, he went for another: as the only candidate on the stage raising a black son, with whom he has had to have direct conversations with about police.

De Blasio has raised the topic before, telling New Yorkers about warning his son, Dante, about the dangers he might face in encounters with police. De Blasios wife, Chirlane McCray, is African-American.

While many reacted well to his comments, the leaders of the police union took them as a sign of disrespect.

IRANS NUCLEAR THREAT
Booker, of New Jersey, tried another tactic. When all of the candidates were asked to raise their hand if they'd sign the Iran nuclear deal today, Booker was the only one to keep his hands down.

Booker said he supported the deal, which was signed by former President Barack Obama but rejected by Trump, who claimed it would not stop Iran from developing a nuclear bomb. But if he had an opportunity to leverage a better deal, he said, he would take it.

And by keeping his hand down, he ensured he'd get a little more face time during the crowded debate.

TWO TEXANS TALKING OVER EACH OTHER
Former Housing and Urban Development Secretary Julián Castro and former Rep. Beto ORourke went head to head in a battle over immigration.

But their differences were small compared to the gulf between the Democrats and Trump. Castro wants crossing into the United States to be decriminalized for everyone while ORourke would keep it as a misdemeanor foRead More – Source

Brexit supporter Johnson far ahead in contest to replace PM

Biden says he’ll keep US embassy in Jerusalem if elected