The heartbroken family of an 18-year-old New York college student killed by a driver when she tried to stop him from fleeing the scene of a fender bender on Long Island wept openly in court Monday as the former FDNY dispatcher who took her life was sentenced to five to 15 years behind bars.

Just prior to sentencing Daniel Coppolo, of Deer Park, Nassau County Judge Terence Murphy read two letters the victim, Adelphi University student Taranjit Parmar, wrote at age 17 to her past and future self.

In one letter, she wrote, "the 17-year-old me can't wait to fall in love," the judge read. 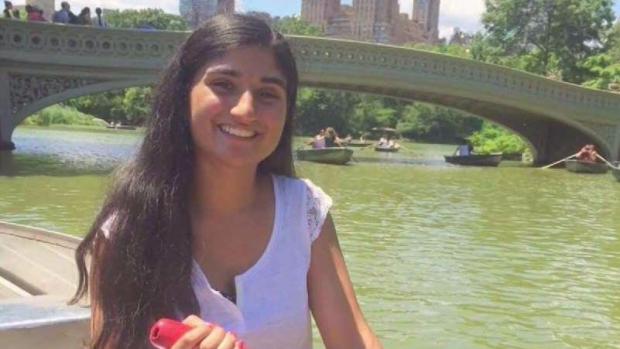 "You took off like a scared rabbit, a coward, unable to face the pain you inflicted," Murphy added.

Coppolo got into a minor accident with Parmar in Levittown in November 2017. Prosecutors had said the two pulled into a parking lot, but Coppolo refused to hand over his insurance information. He tried to drive away, but Parmar held onto his pickup. She was dragged, then run over by his vehicle and left to die in the street. Parmar was pronounced dead at a hospital a short time later.

In court Monday, her parents described her as a "living angel."

Photos on the woman's Facebook page indicated she had a zest for life and loved outdoor activities. According to her LinkedIn page, Parmar was studying biology at Adelphi University; she had a 4.0 GPA and had been scheduled to graduate in 2020.

Prosecutors had said Coppolo knew what he had done and may have even tried to cover it up. They say he waxed and detailed his red pickup truck after the hit-and-run. _