Special counsel Robert Mueller said Wednesday morning that in any testimony before Congress he would not provide information beyond what is already public about Russian interference into the 2016 presidential election or accusations of obstruction into his investigation by President Donald Trump. But in what could be a roadmap forward for Democrats, he noted that there is another procedure for charging a president of a crime.

That procedure is impeachment by Congress.

“The Constitution requires a process other than the criminal justice system to formally accuse a sitting president of wrongdoing," he said, without using the word "impeachment."

His comment came as part of his explanation about why charging the president with a crime was "not an option we could consider."

Robert Mueller: The Report is My Testimony 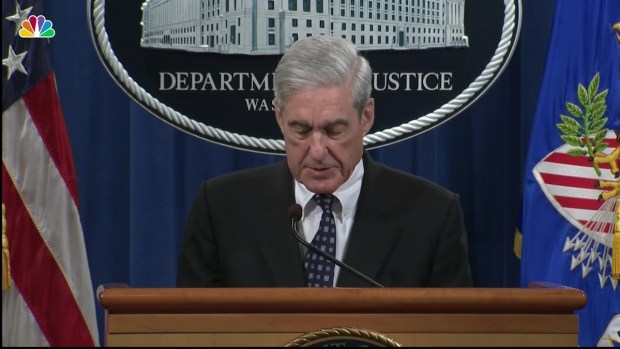 Mueller repeated what he said in the report, that if the special counsels team had confidence that the president did not commit a crime it would have said so.

“We did not however make a determination as to whether the president did commit a crime,” he said.

He also reiterated that a decision from the Justice Departments Office of Legal Counsel did not permit him to charge a president with a crime while he is in office, even if the charge were kept under seal and hidden from the public.

Democrats have been wrestling with whether to initiate an impeachment investigation into whether Trump tried to obstruct Muellers investigation, with House Speaker Nancy Pelosi urging restraint. At the same she has been goading Trump in her public statements.

On Wednesday she thanked Mueller for his "patriotic duty to seek the truth" and said that "the Congress holds sacred its constitutional responsibility to investigate and hold the President accountable for his abuse of power."

Rep. Jerry Nadler, Democrat of New York, is chairman of the House Judiciary Committee, which has the power to initiate an impeachment inquiry, but after Mueller's statement he also stopped short of calling for one.

“Given that Special Counsel Mueller was unable to pursue criminal charges against the President, it falls to Congress to respond to the crimes, lies and other wrongdoing of President Trump — and we will do so," Nadler said. "No one, not even the President of the United States, is above the law."

Other Democrats have begun talk about impeachment, among them those running for president in 2020: former Texas Rep. Beto O'Rourke, Sen. Kamala Harris of California, Rep. Seth Moulton of MassachusettsRead More – Source