The importance of that unsettled question became even clearer last month, when Guaido, the 35-year-old National Assembly President, failed to convince the military to abandon Maduro. Now an international financial chess match is afoot, between the US and more than 50 countries backing Guaido as the country's legitimate interim president, and those nations aligned with Maduro. To support Guaido, the United States has initiated an array of sanctions to hamper Maduro's oil sales by the state-controlled company PDVSA (Petróleos de Venezuela, S.A) and to steer money to accounts controlled by Guaido. Meanwhile, Venezuela's two biggest creditors, China and Russia, are backing Maduro and keeping an eye on what they're owed. Cuba too has strengthened the regime by sending thousands of security forces in exchange for free oil.

Venezuela holds the largest oil reserves in the world. It also has enormous debt, and its creditors' scramble to get paid is a major factor in the worldwide split over Venezuela.Rampant inflation has made Venezuelan currency virtually worthless, and oil is its foremost means of repaying creditors. The problem is that its oil supply is only valuable when it can be extracted and processed—and the country's crumbling infrastructure simply cannot produce enough oil to serve as collateral against the complete ledger of debts.Thanks to mismanagement and nationwide electrical outages, oil production has declined from more than 3.5 million barrels a day in 1998 — the year before Chavez took power — to 750,000 barrels per day in March 2019, according to field level data from Rystad Energy. Between that and stiff sanctions, Venezuela's current oil sales raise nowhere near enough money to meet the country's foreign exchange needs or its credit obligations. More than half the current production is already destined to pay off debts and therefore is not available to be sold for cash on the open world market."The total debt is more than six times the annual exports. In fact, the ratio is getting significantly worse this year with the decline in exports. No one is expecting Venezuela to pay its debts and the situation is very bad compared to the number of barrels that actually generate cash flow," Francisco J. Monaldi, the Latin American Energy Fellow at Rice University's Baker Institute in Houston, Texas, tells me. 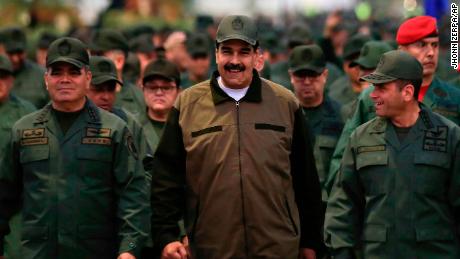 Monaldi notes that even economically-stricken South Sudan has a significantly better debt-to-exports ratio. Whoever ends up in Venezuela's presidency will face vast sums of debt that will be hard to repay even if oil production ramps up quickly. "The problem with accounting for the Venezuelan debt is that there are very different estimates. It is at least $130-$140 billion, but it could be up to $160 billion, depending on how you add up all the arbitrations, the decisions against Venezuela, the money that Venezuela owes to airlines and others," says Monaldi.

"Mortgaged to the hilt"

US President Donald Trump, himself a veteran of multiple bankruptcies, points to Russia and China as significant contributors to Venezuela's financial debacle. On May 1, he told Fox Business: "The advantage (Venezuela has) is they have oil. It's mortgaged out to the hilt between China and Russia.They just sucked money out of everybody. (Venezuela) has mortgaged their oil almost to the maximum. … When you think about it, what has to be done, essentially, it's called a country foreclosure." Overall, Venezuela could owe China more than $55 billion and Russia at least $17 billion, estimates Moises Rendon, a former Venezuelan bank analyst who is now Associate Director of the Americas program at the Center for Strategic & International Studies in Washington, D.C.China has loaned more than $60 billion to Venezuela since 2007, most in exchange for promises of repayment in oil. Russia too has made significant loans to Venezuela as well selling arms on credit. Both countries already are slowly reducing their debts by taking oil deliveries. And the Maduro regime has not figured out how to raise foreign exchange by pumping more oil for sale for dollars on the open market without triggering clamoring from its creditors, who are owed yet more oil.Before U.S. sanctions, PDVSA was raising dollars for Venezuela by selling nearly 500,000 barrels of oil a day to its subsidiary, Citgo, the US refinery company headquartered in Houston, Texas and incorporated in Delaware. Citgo has been so crucial to Venezuela that its bonds are the only debt issue that has been kept up to date with creditors by the government. But US sanctions have put Citgo's board under control of Guaido supporters and segregated its bank accounts to cut off Maduro's access. 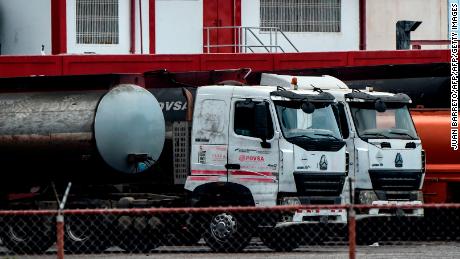 Even Citgo's stock is encumbered by deals made with creditors. To guarantee repayment to investors who bought $7.1 billion in Citgo bonds—due to be paid off in February 2020—investors got a first priority lien on 50.1 percent of Citgo stock. The remaining 49.9 percent of Citgo stock is pledged to Rosneft, the Russian oil company, in exchange for a $1.5 billion loan. "The Maduro government does not control Citgo anymore, so they are not going to pay," predicts Monaldi, referring to US-forced takeover of the Citgo board by Guaido loyalists. "The Russians have a tougher hand. They have to convince a (U.S.) judge to let them auction the shares to get repaid." Citgo in Houston declined to return e-mail or phone call requests for comment.PDVSA itself has more than $40 billion in outstanding debt, much of which is now in arrears. It's unlikely that a Maduro or Guaido government can or would pay back the PDVSA loans anytime soon to companies that support and supply oil drilling services, shipping and marketing.

NYers Are Fatter and More Depressed Than Ever, Research Says

Man Drowns in NJ Lake After Diving in to Help Swimmer: Mayor