In the run-up to this years UEFA Champions League Final in Madrid, PepsiCo Latin America together with its iconic snack brand Lay's®, announced the launch of an initiative created to reward the sports fanship of millions of fans who follow the most prestigious football league closely every year and the worlds most-watched annual sporting event. The campaign has different names such as “¡Demuestra tu pasión!”, “Lays Minuto de Gol”, “Pasión Futbolera”, “El Llamado de la Champions” and “Lay's Te Leva Para A Final Da UEFA Champions League” and will hit 13 countries across the region. The initiative was launched on April, with a duration of three months, and will feature the participation of the most resounding figures in world football such as Argentine Lionel Messi and Spanish David De Gea. Also, Luis Suarez participates in the campaign of his native country, Uruguay, as well as Gary Medel for the campaign in Chile.In each Latin America country, the fans of Lay's and the maximum annual football competition will be able to participate in a promotion in which, according to local dynamics, they could win from different Lay's products, to official UEFA balls and, as a maximum prize, a trip to watch the UEFA Champions League Final to be played on Saturday, June 1 at the brand new stadium Metropolitan of Madrid A comprehensive 360 ​-degree campaign provides a complete experience to the participants, both through the multiple online platforms and social networks, as well as in the different points of sale.In addition, a strategic partnership with ESPN, the highest-rated sports network in Latin America, will allow the local consumer to connect with Lay's and their passion for football in a way never seen before. 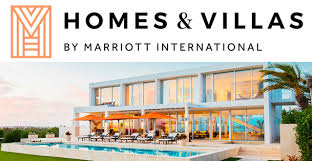 Marriott International has revealed Homes & Villas by Marriott International, a home rental initiative with 2,000 premium and luxury homes located in more than 100 destinations throughout the United States, Europe, the Caribbean and Latin America. Starting next week when the offering launches, members of Marriott Bonvoy can earn and redeem points at these highly curated homes, providing more choice of accommodations that suit a range of travel needs around the world. Marriotts expansion into home rentals was developed as a result of the 2018 pilot under the brand extension Tribute Portfolio Homes. The introduction of Homes & Villas by Marriott International adds nearly 40 new leisure destinations for Marriott Bonvoy members to earn and redeem points, including Sorrento, Italy and the Amalfi Coast, Italy; North Lake Tahoe, CA; and St. Barts in the Caribbean. 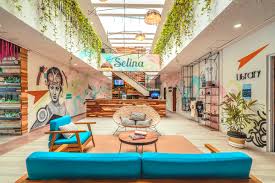 Selina, the Latin-American hospitality startup that combines beautifully-designed accommodation with coworking, recreation, wellness and local experiences, announced plans to expand into the U.K., signing four new locations in Liverpool, Birmingham and in Manchester. Selina partnered with Aroundtown and Altshuler-Shaham Properties to acquire a US$40 million portfolio of hotels operating under the Hatters brand to kick off its expansion efforts in the region.Set to rebrand as Selina in the second half of 2019, Selina will bring its signature Latin American aesthetic to each of the locations in partnership with emerging local artists and designers.Selinas expansion to the U.K. comes on the heels of a US$100 million series C funding round, which was led by Access Industries, with participation from Grupo Weise and existing investors Colony Latam Partners. In addition to the U.K., 2019 will see Selina open a further 31 properties in Germany, Portugal, Greece, Israel, Argentina, Brazil and Mexico, in tandem with expansion into new European and Latin American markets and an entrance in Asia by 2020. Founded in Latin America in 2015 by Rafael Museri anRead More – Source