The residents are dotted around soaking up the sun, most on their own and in silence, contemplating a retirement that falls well short of being their "golden years."Venezuela is not a good place in which to grow old.Life is tough for all Venezuelans and the economic catastrophe that has befallen the country is the reason. Inflation is mind-boggling — more than a million percent — food is in short supply and, if found, difficult for most to afford. At least 85% of medicines are in scarce supply, according to the Pharmaceutical Federation of Venezuela. If it's an economy in freefall, the landing is hardest for the elderly. Baudilio Vega and his volunteer staff do their best to feed and house the nearly 80 people here, the oldest, 84-year-old Carmen Cecelia. He shows us around spartan facilities, a bunk bed and small locker for each resident. Their possessions are few — they don't need big lockers."If we didn't have this place how many of these people would be on the streets or dead?" Baudilio Vega says. "Thank God here they are alive. It's not five-star but at least they survive." 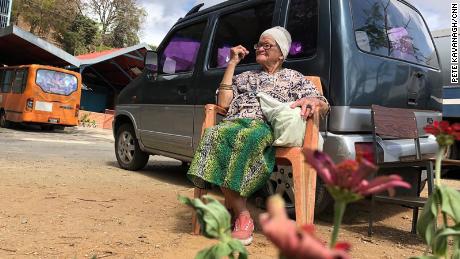 'It was too much'

It's a heartbreaking fact that many elderly in Venezuela are essentially given up by their families. They're not unwanted — far from it — but are victims of a brutal choice: feed the children, or feed the grandparents.We meet 74-year-old Victoria Madriz, a resident here for more than a decade. Her husband died, her daughter left the country for better opportunities and she moved to her brother's home. Everyone soon realized there was simply no room or money to support her. 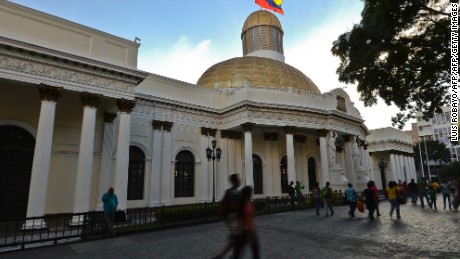 "There were a lot of people in the house — my brother's children and their children and it was too much," she says. "I can understand, but it is difficult."Most at the home tell a familiar story — families who couldn't cope, or who simply left the country. According to the United Nations, an estimated 3.6 million people have fled Venezuela and its wretched economy in recent years, many leaving behind parents or grandparents they couldn't afford to support.At the Mother Teresa home, the residents range in age from 60 to 84. They have somewhere to sleep and — thanks to donors — some meals to keep them alive. Baudilio shows us the kitchen and pantry — a few dozen eggs, half a dozen bags of rice and little else on the shelves. Pensions — if you can get one — are worthless in this crumbling economy, amounting to perhaps $7 a month. There's no basking in retirement in Venezuela. 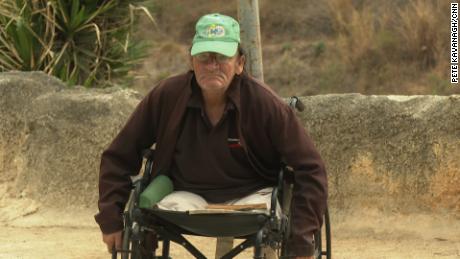 "I had a lot of expectations of a nice retirement because I had a good job and income," 74-year-old Omar Ochoa tells me. He used to work in the leather industry and did not expect his final years to be what they've become. He sits in a wheelchair, both legs amputated because of complications from untreated diabetes, and exudes a stoicism we see in others here. Stoicism but also resignation. Omar's children left the country years ago and relatives who remained couldn't take him in. I ask him what he thinks about what the government does for the elderly. "Nothing, nothing, nothing," he replies.In the middle of a small room on the edge of the facility, we see a coffin. When a reRead More – Source

Why Flynn’s plea is a dead end for ‘Russiagate’ conspiracy

‘Two checks away’ from streets: Housing crisis drives up US homeless numbers

Cow Corralled After an Hour of Strolling Down NJ Highway