A 448-page report by Special Counsel Robert Mueller gives an inside look at Donald Trump's tumultuous campaign and presidency and its possible links to Russians who tried to help win him the presidency. The report says there's not enough evidence to charge Trump with a crime, but it details vague responses to questions and staff members deleting key communications.

Here are some key takeaways from the Mueller report, the conclusion of a 22-month investigation that looked at the question of the Russian interference and whether the president tried to obstruct the probe.

Trump Cursed When Told of Mueller's Appointment
After the special counsel was appointed in May 2017, Trump reacted with anger: “Oh my God. This is terrible. This is the end of my Presidency. Im F*****,” according to notes from Jody Hunt, the attorney generals chief of staff. Trump then told Jeff Sessions to resign as attorney general. Sessions submitted a resignation letter the next day, but Trump decided to retain Sessions.

A Timeline of Muellers Russia Investigation 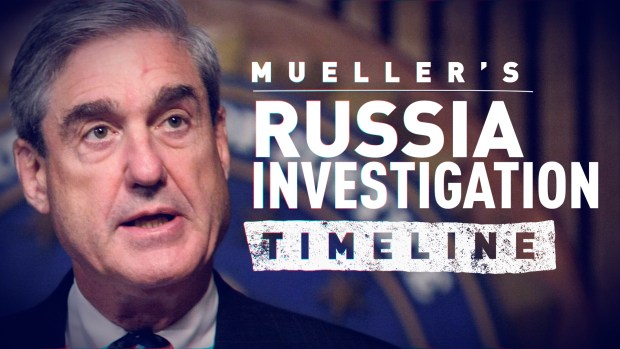 “McGahn's clear recollection was that the President directed him to tell Rosenstein not only that conflicts existed but also that Mueller has to go,” the report says.

McGahn refused the directive and was prepared to resign over it — he told then White House Chief of Staff Reince Preibus that the President had asked him to “do crazy sh*t,” according to the report.

Trump was told he was under investigation

"The Campaign expected it would benefit electorally from information stolen and released through Russian efforts,” the report said.

Nonetheless “the investigation did not establish that member of the Trump Campaign conspired and coordinated with the Russian government in its election interference activities,” the report said.

Barr in his letter to Congress reported the last sentence but omitted the sentence that the Trump campaign thought it would benefit from the stolen emails released on WikiLeaks.

Barr earlier told Congress that there were two main Russian efforts to influence the presidential election, one involving a Russian organization called the Internet Research Agency, that used social media in the United States to “sow social discord, eventually with the aim of interfering with the election,” and the second involving the Russian governments efforts to hack into the emails of Hillary Clintons campaign and Democratic party organizations and publish them through WikiLeaks and other groups.

According to Rick Gates, a top campaign official, "by the late summer of 2016, the Trump Campaign was planning a press strategy, a communications campaign and messaging based on the possible release of Clinton emails by WikiLeaks."

The Trump campaign did have "numerous" contacts with Russians
The investigation identified two kinds of connections between members of the Trump campaign and the Internet Research Agency — one by linking, retweeting or reposting pro-Trump or anti-Clinton content and two by meeting with agency employees posing as Americans to coordinate political rallies in the United States.

If Mueller could have exonerated the president, he would have
Mueller wrote that because the members of his team were determined not to make a traditional prosecutorial judgment, they did not draw ultimate conclusions about the presidents actions and his intent. The evidence they obtained would “need to be resolved” if it were to make a traditional prosecutorial judgment, the report said.

“At the same time, if we had confidence after a thorough investigation of the facts that the President clearly did not commit obstruction of justice, we would so state,” the report said. “Based on the facts and the applicable legal standards, we are unable to reach that judgment. Accordingly, while this report does not conclude that the President committed a crime, it also does not exonerate him.”

Search Called Off for New Jersey Couple Missing in Barbados