A 45-year-old Manhattan father has been sentenced to 25 years-to-life in prison for strangling his wife in the bathtub of her luxury Upper West Side apartment on New Year's Eve 2009, the Manhattan district attorney said Wednesday.

A jury convicted Roderick Covlin of second-degree murder last month in the case of Shele Danishefsky Covlin, who was 47 and a successful UBS money manager at the time of her death. The two were embroiled in a bitter divorce and custody battle over their children, and prosecutors painted Roderick Covlin as an abusive husband obsessed with extramarital affairs, backgammon and his wife's money.

The couple's then-9-year-old daughter found her body. Initially, police ruled the death an accident. Shele Covlin's Orthodox family declined an autopsy for religious reasons, but suspicions mounted over time and her body was exhumed. The medical examiner's office determined she had been strangled.

Roderick Covlin, a trader and noted figure in the backgammon world, was finally charged nearly six years after her death. He denied killing his wife, saying he performed CPR and called 911. 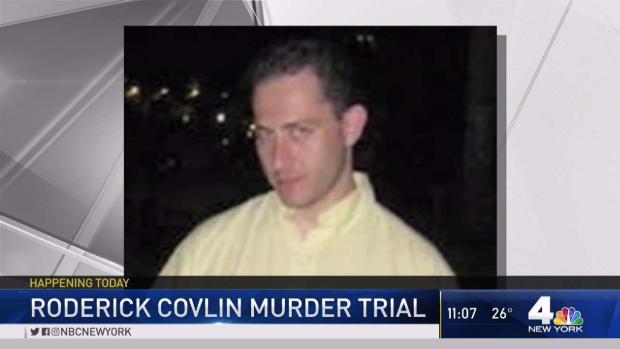 Prosecutors argued that her estranged husband became enraged when he hacked into her email and discovered that she was making moves to remove him from her will — potentially denying him more than $5 million. Shele Covlin had been scheduled to meet with an attorney on Jan. 1, 2010, the day after she died, to cut him out of her will, prosecutors said.