When police responded to the address, they discovered two alleged marijuana grow operations, though it's not clear if they're related, sources said.

Around 100 marijuana plants were found, along with ventilation devices and lights. The fourth and fifth floors of the building were evacuated as police investigated.

Cops Carry Bags of Marijuana Out of Suspected Growhouse 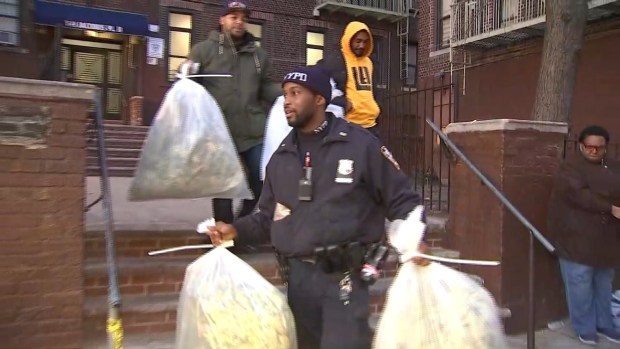 The smell of marijuana was thick in the air Thursday afternoon, when windows in the apartment of the suspected growhouse were broken out by authorities.
Officers were making multiple trips from the building as they carried out bags and bags of marijuana plants into the evening.

A neighbor was shocked to see the quantity of pot plants being brought out.

No arrest has been made.

Missing 15-Year-Old From New Jersey May Be In Ohio: Police

House Damaged by Sandy Collapses With 6 People Inside