President Donald J. Trump traveled to Iraq Christmas night, according to the White House, his first visit to U.S. troops in a war zone and a day after facing criticism for failing to spend time with any military personnel on Christmas Day.

Trump, who was accompanied by first lady Melania Trump, had been derided by his critics for not visiting troops in a combat zone, particularly after he canceled a trip to an American military burial ground outside of Paris because of bad weather. Two days later, he skipped a Veterans Day visit to Arlington National Cemetery.

Trump had said he would soon visit troops stationed in a war zone.

Government Shuts Down as Congress Fails to Agree on Spending 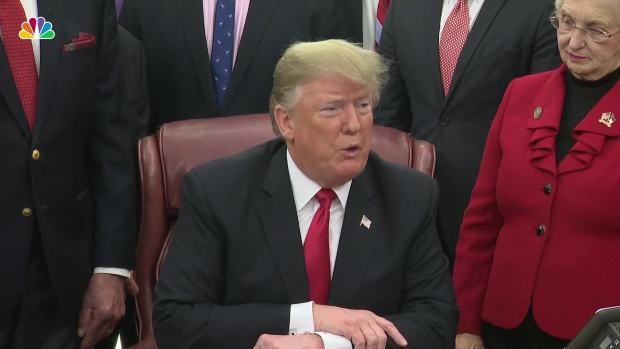 Press Secretary Sarah Huckabee Sanders tweeted that Trump visited the troops and senior military leadership “to thank them for their service, their success and their sacrifice and to wish them a Merry Christmas.”

There had been chatter on Twitter about a possible trip after Air Force One was spotted over Europe.

Trumps visit follows his controversial announcement just before Christmas that the U.S. would pull troops out of Syria, a decision that his opponents said could endanger Kurdish allies who have been fighting ISIS there. Secretary of Defense James Mattis then submitted his resignation in a letter that lambasted Trumps worldview and treatment of allies.

Trump, in remarks to reporters on Wednesday, said he had “no plans at all” to remove U.S. troops from that country, and he defended his decision to leave Syria. He said that he was in no hurry to name a replacement for Mattis, and that acting Defense Secretary Patrick Shanahan “could be there for a long time,” according to Reuters.

On the government shutdown, Trump said he was prepared to wait for “whatever it takes” to get border security, Reuters reported.

The visit also came as The New York Times revived questions about Trump avoidance of the Vietnam War draft after finding the daughters of a doctor who diagnosed the bone spurs that kept him from combat. They suggested he made the diagnosis as a favor to Trumps father, Fred, though the doctor left no medical records with his family. The White House has not responded to written questions.

Huge Dinosaur Surprises Commuters on Trip From NJ to Philly