A white man who claimed to be a longtime resident at an Upper East Side building appeared to harass a black neighbor and his friend in a cellphone recording of the interaction, asking "What are you doing in my building? You don't live here."

Okafor said he's been living in the building, a four-story walkup on First Avenue near East 74th Street, since last year in a sublet.

The interaction apparently began before the phone started recording, when the white man saw the two black men waiting for their Lyft in the lobby and asked, "'Who the f— are these guys?,'" Okafor told The New York Times. 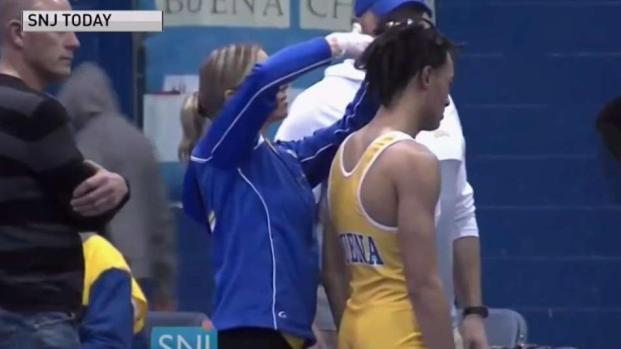 The video shows Okafor reminding the man of what he said, to which the man replied, "I do that to white people, too."

The man, dubbed on social media as "Hallway Harry," asked Okafor several times to prove he lived in the building, inquiring what apartment he lived in, trying at first to pass off the request as an innocent neighborly curiosity: "If you live here, why can't you be a neighbor? I'm asking, I've never seen you before… so what apartment do you live in?"

Okafor continues to respond, "Don't worry about it."

It invoked a similar interaction between a white woman and a black man in a St. Louis apartment building in October, when the woman tried to block the man from entering his own building, saying she was "uncomfortable" letting him in. She then followed him into the elevator and said if he really lived there, she wanted to "introduce herself as a neighbor."

Ultimately, Okafor and his friend exited the building to their waiting cab, with the white man following them out the front door.

It appears the man was at least truthful in saying he harassed white people, too. When Okafor's video went viral on Facebook, a white woman commented with her own video showing a similar interaction hours later on the same day.

Janah Reynolds said she and her husband, who is also white, were renting an apartment on the first floor of the building through Airbnb for the holidays, and had left her two young sons with her mother-in-law while the couple went out, she told the Times.

When they returned, the same man refused to let them in, telling them it was illegal to rent an apartment for less than 30 days and ordered them to get out.

"When you check on the site, you know it's illegal," he yelled at them, video shows. "Where are you from? Maybe you're a little more retarded than the average person."

Reynolds said on Facebook that the man put his hands on her twice, and that they called police six times.

Responding to another comment on Facebook about why neither Reynolds nor Okafor pressed charges, Reynolds said, "We honestly just needed to get to our kids. The cops were called and it took them over two hours to get there. By that time we had convinced the man we needed to be with our children and were asleep. We had just landed from Hong Kong and were completely exhausted."

Okafor told the Times he's not planning to pursue legal action, but expected an apology from the man and wanted him to be evicted. He did report the incident to the building manager but she told him she couldn't address personal matters.

NYC Street Closures for the 2018 Fourth of July Fireworks

Chicago Officer Among 4 Dead in Shooting at Mercy Hospital