A 13-year-old girl and a 15-year-old boy were among five people charged Saturday in the death of a man found in a Queens park, police said.

Ian Cruz, 23, lived about a mile from Bayswater Point State Park, where his body was found Dec. 16, the NYPD said.

A 13-year-old girl and a 15-year-old boy, whose names weren't released, were charged with murder. 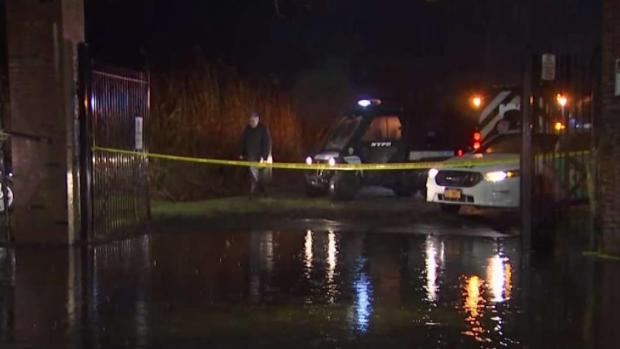 Also charged with murder were Carlos Guerra, 18, of Queens, and Yonathan Sanchez, 22, of Queens.

Elmer Guttierez, 18, of Queens, faces only the weapons charge.

All three men live at the same address in Far Rockaway, police said.

Cruz's body was found wearing only socks and underwear, police said. He had trauma to his head and body.