A Brooklyn grandfather has been indicted for allegedly stabbed an ACS translator who was visiting his home because his grandkids were showing up to school looking “messy and unkempt.”

The 55-year-old translator from Queens went to Fengs Sunset Park home with an ASC social worker on Nov. 8 because ACS had received a report about his 7- and 8-year-old grandkids appearance at school, the Brooklyn District Attorneys Office said Wednesday.

At some point during their visit, Feng got upset with the social worker and translator for providing suggestions on how to keep his grandkids clean, police said at the time. 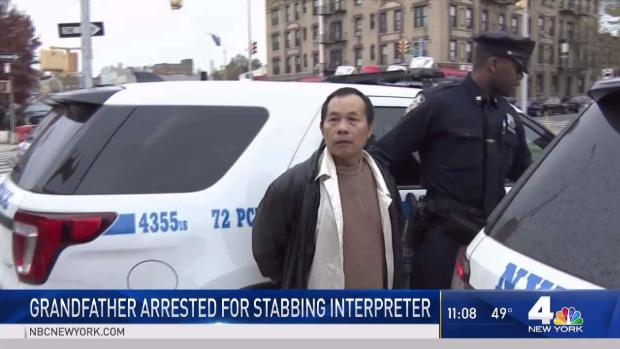 As the social worker and translator were trying to leave the apartment, Feng allegedly went up to the translator and stabbed her in her lower back, the DAs office said.

The translator was treated for several stab wounds and had to undergo surgery, according to the DAs office.

Feng was arrested at the scene after the social worker called police, the DAs office said.

In a statement, Brooklyn District Attorney Eric Gonzalez said the ACS workers were “merely trying to do their jobs and follow up on a neglect report” when the attack happened.

“Such an unprovoked attack is especially disturbing because it can have a chilling effect on dedicated professionals doing important work to keep our children safe,” he said. “Well now seek to hold the defendant accountable.”