Police officers flooded the area and thousands of spectators were funneled through security screening.

The 75-year-old tree was donated by a couple in Wallkill, 60 miles north of New York City. 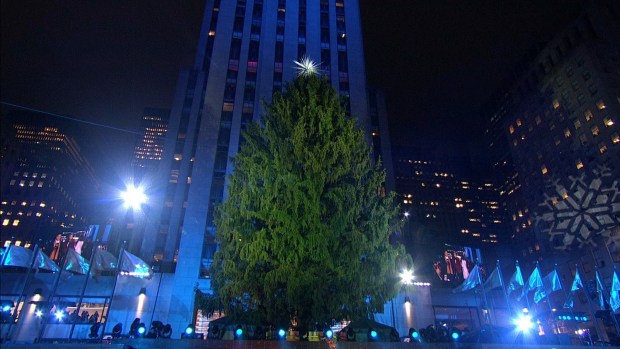 After the tree is taken down January 7, it will be milled into lumber for Habitat for Humanity.

Here are some historical facts about the Rockefeller Center Tree:

• 1933 – First formal Rockefeller Center Tree Lighting Ceremony. The tree was decked with 700 lights in front of the eight-month-old RCA Building.

• 1942 – Three trees were placed on Rockefeller Plaza, one decorated in red, one in white and one in blue to show support for our troops serving during World War II. 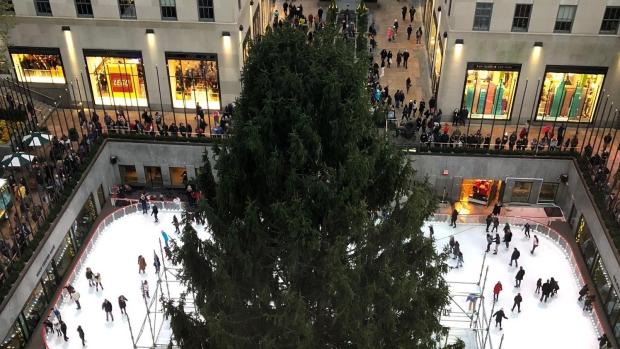 • 1951 – The Rockefeller Center Christmas tree was lit for the first time on national television on the Kate Smith Show.

• 1966 – The first tree from outside the United States was erected. It was given by Canada, in honor of the Centennial of its Confederation. This is the farthest distance a tree has traveled to Rockefeller Center.

• 1980 – For the 50th Anniversary of Tree Lighting, a 70 foot-tall (21.3 m) Norway Spruce came from the grounds of the Immaculate Conception Seminary of Mahwah, N.J. Bob Hope participated in the Lighting. 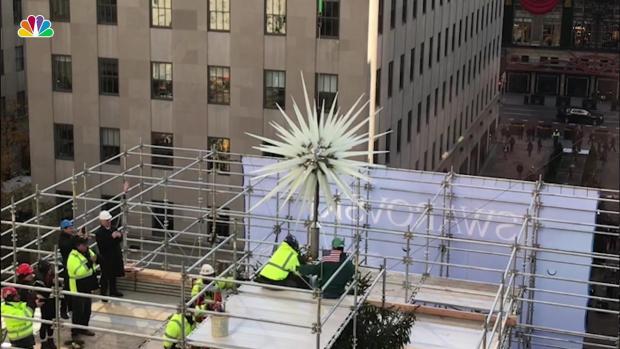 • 2004 – The Swarovski-designed star became the largest star to ever grace the tree.

• 2007 – For the first time, the tree was lit with energy-efficient LEDs. They draw a fraction of the power that had been traditionally required by the tree, reducing energy consumption from 3,510 kwH to 1,297 kwH per day, saving as much energy as a single family would use in a month in a 2,000 square foot (185.8 m²) home. Hundreds of solar panels atop one of the Rockefeller Center buildings help power the new LEDs.

Woman Arrested in Hit and Run of 14-Year-Old Girl on Bike: Police