"They are finding people who get some resonance with what they are saying, and these people are ill-informed about what is happening here. Just as President Trump was ill-informed about the messages that they are beaming out," said Ramaphosa.Ramaphosa's comments come as CNN released an investigation proving ties between US and South African far-right groups and a growing belief in the myth of a white genocide of South African farmers. CNN's investigation shows that those ideas have gained resonance far beyond ultra-right groups and have spread into the mainstream."Those people overseas that are taken in by this message of whites in South Africa being under threat, they are looking at South Africa through the lens of black versus white. And South Africa has long moved away from that," said Ramaphosa."In the main, most of them are racists. And they are not very positively disposed toward black people. Their voice, a seemingly prominent voice, is because they are talking on race issues and saying there is a racial war. There is no racial war in South Africa. White South Africans are working with us to resolve this issue," he said. Some of these groups say that they are just fighting for the rights of minority populations — in this case White South Africans. The Southern Poverty Law Center, a group that tracks white supremacists, says that Trump helped legitimize the conspiracy theories. In late August, after apparently watching a segment on Fox News, Trump tweeted a request for Secretary of State Steve Pompeo to "closely study the South African land farm seizures and expropriations and the large scale killing of farmers."In response to queries by CNN, the US State Department didn't detail what "close study" has occurred but said Pompeo had raised the issue with his counterpart in late September. "Expropriation of land without compensation risks sending South Africa down the wrong path. That remains the US position," said Carrie Schneider, the acting spokesperson of the US Embassy in Pretoria. "President Ramaphosa has indicated that land reform would be undertaken without damaging the economy."While South Africa has the sovereign right to amend its constitution, we believe its decisions should be consistent with the rule of law and preserve the investment climate."The African National Congress-led government is pushing forward with the controversial move by amending the constitution. For decades under apartheid, and for centuries under colonial rule, non-whites in South Africa were forced off the majority of viable land in South Africa. With democracy, land redistribution was a major policy priority of the ANC-led government. Still, more than 20 years on, most land is owned by whites. 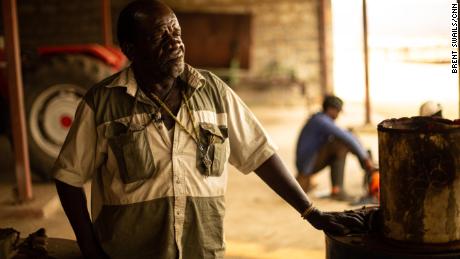 Ramaphosa admitted the government's goals of land redistribution since the era of Nelson Mandela have been harmed by fraud, corruption and a lack of capacity, but maintains that things will be different during his Presidency. South Africa's President was the lead negotiator for the ANC in the transition to democracy — in the land question, he faces, arguably, an even more complex challenge. Agricultural unions, opposition groups and many commercial farmers say that the expropriation without compensation is unnecessary and risks hurting agricultural production and a fragile economy.Ramaphosa tried to allay investor fears, saying that land reform could unlock economic potential and pull people out of poverty. He said government land and land lying fallow would be the first to be targeted in an accelerated reform plan. Ramaphosa has become one of South Africa's richest men by building up a formidable portfolio and taking advantage of his connections with business and the ruling party. Still, he put the land issue in stark, personal terms. "The impact of apartheid on black families was devastating. In my own family it happened twice, where land was taken, we were moved from where my parents had grown up owning land, working the land, they were moved and dropped into an arid place with no compensation whatsoever," he said. "As it is now, the poverty that we have in South Africa, in part, has been given rise to by people not having assets."Asked if he feared failing in his mission, the former trade union negotiator was firm about his prospects. "A lot is at stake. You could even say the stability of the country is at stake. And I am not fond of failing at anything."

Could Lake Victoria’s water hyacinth invasion have a silver lining?

Is Mo Salah the best player in the world?