What: MLS and Liga Bancomer MX have reportedly discussed the possibility of a superleague, encompassing clubs in Canada, the U.S. and Mexico.
Why it matters: The opportunities for partners in such a superleague would be enticing, with more than 50 combined markets across North America. 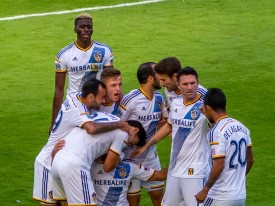 When The United Bid (), submitted together by the U.S., Canada and Mexico soccer federations, to host the 2026 FIFA World Cup () proved successful, speculation grew that the partnership between the North American nations could be expanded into other areas to further grow the game on the continent. Now fans are wondering what a combined Major League Soccer () and Liga Bancomer MX () might look like, as reports out of last month's Leaders Summit in the UK quote Liga MX President Enrique Bonilla as being open to further discussion. 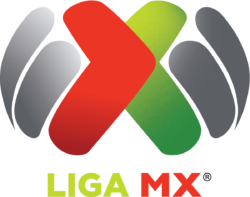 The Campeones Cup (), held in September between Toronto FC of MLS and Tigres UANL of Liga MX, can be seen as a direct manifestation of the same spirit of partnership that made The United Bid possible. Tigres won by a 301 count in Toronto, and while the building was half-full, the blueprint for future on-field matches of consequence was set.

"We think this opportunity with the World Cup in 2026 opens the door for us to make a lot of things different and better," added Bonilla.

"We have been discussing with Liga MX additional ways we can collaborate on and off the field," said MLS executive Dan Courtemanche at the same event. "We are excited about the future opportunities that exist between our two leagues."

The Portada Brand-Sports Summit in Los Angeles on March 15, 2019 (Hotel Loews Santa Monica) will provide a unique setting for brand marketers to learn about the opportunities sports and soccer content offers to engage consumers in the U.S. and Latin America. 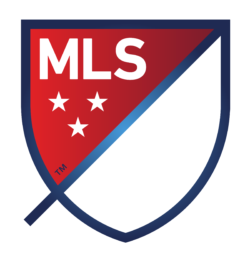 So what would a combined North American professional soccer organization look like, beyond the Campeones Cup? Liga MX, which has been in existence for more than seven decades, is currently comprised of 18 teams across Mexico, and MLS, which began competition in 1996, comprises 20 U.S. and 3 Canadian sides. 41 clubs would seem to be an unwieldy number, but fans who follow college sports here know that "Power 5" schools, the largest NCAA programs, total more than 60 schools, each with huge fan bases over a diverse combined footprint.

For marketers, there may be some initial negotiation to be done with exclusive sponsors, at least until current deals expire, on both the MLS and Liga MX ends. But in the same way that partners will be working with CONCACAF () and the combined North American entity for World Cup, the MLS-Liga MX superleague would represent a huge opportunity for multinational companies like Adidas () and AT&T (), which have official partnerships with both leagues, and any of a dozen beverages, airlines and banks that could gain a foothold across the continent in one fell swoop. Not to mention what a Fox Sports, ESPN or NBC/Telemundo could do to attract broadcast advertisers for such a wide-ranging organization.

Some U.S. fans, their own squad not qualifying for World Cup, took to rooting for Mexico last summer. It would be in that spirit: a bold move, one which would have dozens of moving parts and would require concessions and copious amounts of cooperation and faith from both ends to make a reality. But sometimes the sum of the parts is greater than the whole; getting huge organizations, with layers of politics and red tape to fight through, to subscribe to that concept might be too big an obstacle to overcome. But fans of the superleague can always dream.

Jerry Milani is a freelance writer and public relations executive living in Bloomfield, N.J. He has worked in P.R. for more than 25 years in college and conference sports media relations, two agencies and for the International Fight League, a team-based mixed martial arts league, and now is the PR manager for Wizard World, which runs pop culture and celebrity conventions across North America. Milani is also the play-by-play announcer for Caldwell University football and basketball broadcasts. He is a proud graduate of Fordham University and when not attending a Yankees, Rams or Cougars game can be reached at Jerry (at) JerryMilani (dot) com.