A Long Island firefighter and police officer were injured after a tractor-trailer smacked into their vehicles as they were already at the scene of a car crash on the LIE, officials say.

Suffolk County Police Highway Patrol and the Dix Hills Fire Department rushed to a two-car crash on the eastbound side of the highway near exit 51 in Dix Hills just before midnight Monday, according to authorities. As officers and firefighters were tending to the crash, an 18-wheeler barreled into the back of the fire truck, which several firefighters were inside of. 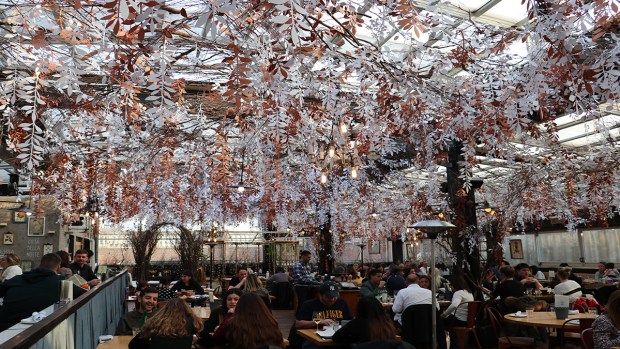 The big rig then jackknifed and struck a highway patrol cruiser, officials said.

A firefighter, an officer and the driver of the truck were taken to area hospitals to be treated for minor injuries, authorities said.

The Department of Environmental Conservation was called in to clean up a fuel spill and the tractor-trailer was held for a safety check.

The driver of the truck was cited for failure to move over for stopped emergency vehicles, officials said.

The area of the road around the crash was closed for hours as crews cleaned up and only reopened around 6:15 a.m. Tuesday.

‘Supporting Our Schools’ Kicks Off With Huge Event Saturday