A school bus plowed into a row of parked cars in Brooklyn just after the driver dropped off kids Thursday afternoon.

Vehicles with doors, hoods and bumpers smashed in were a common sight after the accident on Wilson Street in Williamsburg at around 4:45 p.m.

The driver and aide were the only ones on the bus during the time of the accident, fire officials said.

The bus driver told News 4 New York that after he'd dropped students off and was attempting to make a turn when he lost control and his brakes stopped working, which prompted the accident pileup that totaled at various cars. 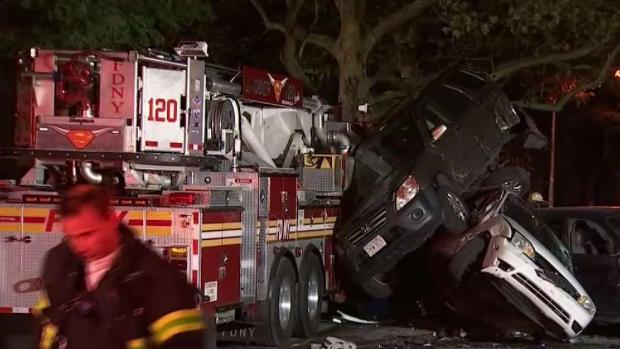 No injuries were reported.

Most of Tri-State Under Elevated Risk for Wildfires Wed.