A teenager has been arrested on a hate crime charge after surveillance video showed him beating an Orthodox Jewish man in Brooklyn Monday.

Surveillance cameras showed the victim running into a dry cleaners as the black teenager chased after him and beat the victim with a tree branch, according to police and witnesses. The branch broke on the victim's back.

"It broke into three pieces, and the other part he threw ended up hitting me in my arm," said witness Mendy Junik, who was working at the cleaners at the time. 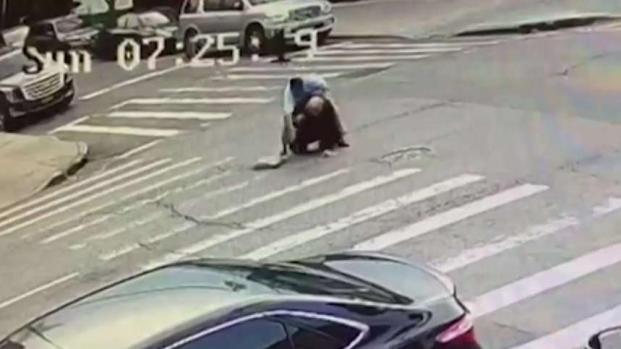 "We ran out and chased the suspect to Lefferts Park and waited until 911 showed up to do the arrest," he said.

Cellphone video then shows what happened once Junik and others in the community caught up to the teenager: bystanders and witnesses holding down the suspect, waiting for police to arrive, and the victim showing up soon after.

"He hid in the back of my store, and when he calmed down he came to the park to give a report," said Junik.

The Anti-Defamation League and local leaders are now concerned and speaking out, saying it was the second incident in two days that a Jewish man was attacked. On Sunday morning, a Jewish man walking to a synagogue was beaten in Borough Park, and the suspect was arrested, though not on a hate crime charge.

These NYC Shops Are Getting in on the CBD Craze