Police say they've made an arrest in the shooting death of a 71-year-old man with mob ties at a McDonald's drive-thru in the Bronx earlier this month.

Bushawn Shelton of Brooklyn has been charged with conspiracy to commit murder for hire and possession of a firearm in the Oct. 4 killing of Sylvester Zottola. The criminal complaint does not charge Shelton with murder, but instead suggests that he was behind ordering multiple attempts on Zottola's life.

Zottola was shot several times in the head and body at the fast-food restaurant on Webster Avenue in what police described at the time as a possible mob hit. Zottola had ties to the Bonanno crime family, authorities said.

But the man arrested Thursday has ties to a different gang, according to prosecutors: Shelton, of East New York, was a high-ranking member of the Bloods street gang. 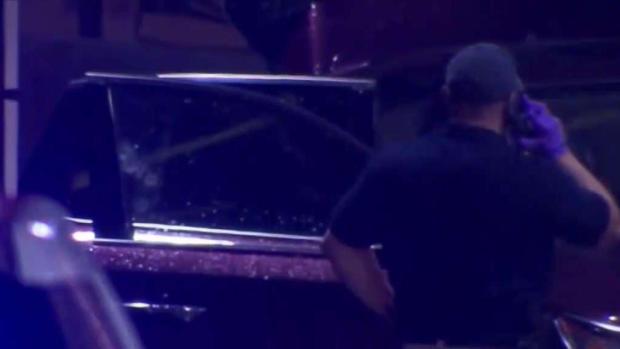 Prosecutors said a search of his home turned up a loaded gun and $45,000 in cash, which he claimed was from his T-shirt business. But his grandmother told investigators that he'd come into the money recently, after Zottola's murder.

Shelton was represented by a Brooklyn public defender; he did not enter a plea Thursday, but is expected to return to court Friday morning for a bail hearing.

Zottola had been arrested in June after allegedly shooting a man who pulled a gun on him outside of his home, law enforcement sources previously said. About a month later, his son, 41-year-old Salvatore Zottola, was attacked by a gunman outside his home in Throgs Neck in July.

A cooperating witness told the FBI that Shelton offered to pay him to kill Salvatore Zottola in order to draw out his father, the now slain Sylvester Zottola, a criminal complaint unsealed in federal court Thursday alleges.

Both father and son have been linked to the Bonanno crime family in the past, authorities have said, but it's not clear if Shelton's alleged attempted hit on the Zottolas had anything to do with their mob ties.