The suspension comes after FIFA sent a letter to the country's Minister of Sports expressing "grave concern" about the removal of the football association president, Isha Johansen and the association's General Secretary, Christopher Kamara. In a statement, FIFA said: "The Bureau of the FIFA Council decided today to suspend the Sierra Leone Football Association (SLFA) with immediate effect due to government interference."The ban couldn't have come at a worse time for the country as Sierra Leone is just one week ahead of a crucial African Cup of Nations (AFCON) qualifier against Ghana on October 11. Following the ban, SLFA has lost all membership rights, FIFA said. This means the SLFA's national and club teams are no longer entitled to take part in international competitions until the suspension is lifted.Watch Isha Johansen's 2017 interview with CNN's Alex ThomasFIFA says it will only lift the suspension if "the SLFA and its recognised leadership… have confirmed to FIFA that the SLFA administration, premises, accounts and communication channels are under their control once again."Isha Johanssen, President of Sierra Leone Football Association declined to comment fully because of legal reasons, but told CNN: "It's a sad day for Sierra Leone football and for the Sierra Leone people." Johansen is the only female football president in Africa and one of only two women to have ever held the role as president of a football association. 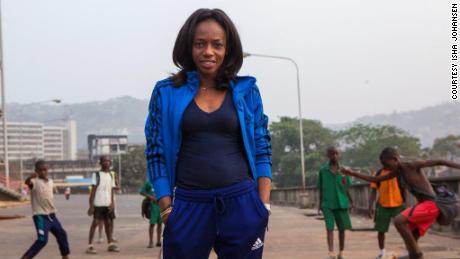 The 53-year-old was elected as her football association's president in 2013 but her reign has been difficult. Last year, she was charged with abuse of office and misuse of public funds by Sierra Leone's Anti-Corruption Commission — charges which she denies and says is politically motivated. 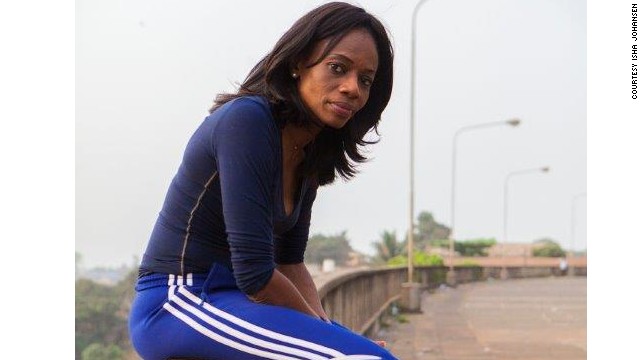 Johansen and her executive committee members were also stopped from running the country's football affairs until their legitimacy to govern had been proved.During an interview with CNN Sport last year, Johansen said: "It's taken a toll on my health, for sure… but at the end of the day, even though it's affected my health, it's made me stronger."It's difficult, it's challenging, but I'm very up for the task. It's been particularly difficult for my family, especially for my elderly parents. "There have been some positives that I'm proud of in our Sierra Leone football development. Despite all the odds, the challenges — the Ebola, the infighting, the political interference — all of these have helped strengthen our cause and strengthen my resolve."