Terrifying surveillance video shows a man throwing open the door of a woman's car parked on a Manhattan street and threatening her at knife point while her baby was in the backseat, police say.

The NYPD released the video Thursday night in hopes of finding the suspect in the attempted carjacking in Chelsea earlier in the day.

It happened in broad daylight, around 3:30 p.m., on West 17th Street near Seventh Avenue, according to police. The man is seen on video waiting between two parked vehicles, apparently waiting for an opening to target the woman sitting in the driver's seat of a parked SUV.

He approaches the car, opens the driver's door and points a large knife at the 39-year-old woman, video shows. 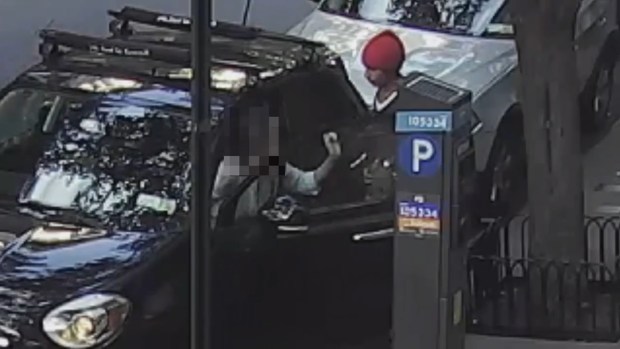 The victim described the confrontation to News 4 New York Thursday.

The woman and her 16-month-old baby were not physically hurt.

Police are looking for the suspect, described as being about 25 to 30 years old, 5-feet-8 and 135 pounds, with his hair in a ponytail and last seen wearing a red knit cap, a white and dark colored V-neck shirt, gray pants, white socks and black loafers.

Anyone with information is asked to contact Crime Stoppers at 800-577-TIPS.

Bring it on: Musk unfazed as Boeing vows to beat SpaceX in Mars race