What: IMPACT Wrestling traveled to Mexico to tries to rebuild their brand and regain their "cool factor."
Why it matters: IMPACT Wrestling is trying to recapture the fans' trust with help from leveraging relationships with Lucha Underground and Mexico's Lucha Libre AAA.

IMPACT Wrestling teamed up with Lucha Libre AAA (@AAALucha), this past week, as they took over the newly renovated Frontón México, to tape a months worth shows for their weekly telecast.

This was IMPACT Wrestling's (@IMPACTWRESTLING) first trip to Mexico City, the company's first ever television taping south of the border, and first show in the country since 2009. The shows will air on Pop TV in the U.S. (@PopTV) and 52MX (@52mxtv) in Mexico.

"We are excited about this historic trip to Mexico as we continue to expand our live event schedule globally," said IMPACT Wrestling president Ed Nordholm (@EdNordholm). "We look forward to working closely with our promotional partners at Lucha Libre AAA and our broadcast partner 52MX to bring an unforgettable experience to our passionate fan base in Mexico heading into the final stretch for Bound for Glory this October."

Lucha is far more celebrated in Mexico than pro wrestling is in the United States, so if Impact can capture that passion and bring it to their viewers, it will make the company seem far more alive.

However, bad decisions by Carter led to a decline in the company, sending them deep into debt, and rumors of problems paying their talent and production team. Carter sought help borrowing money from Anthem Sports & Entertainment (who aired IMPACT Wrestling in Canada on the Fight Network (@fightnet)) as well as marketing and production firm Aroluxe, and Smashing Pumpkins (@SmashingPumpkin) lead singer Billy Corgan (@Billy). After a series of lawsuits, Anthem Sports & Entertainment gained control of the company, in 2016, and found itself in the wrestling business.

It was a tough transition for Anthem Sports & Entertainment, stumbling out the gate, including a failed partnership with former IMPACT Wrestling owner, Jeff Jarrett (@RealJeffJarrett). Since hiring Scott D'Amore (@ScottDAmore) and Don Callis, in late 2017, the company is making a rebound. 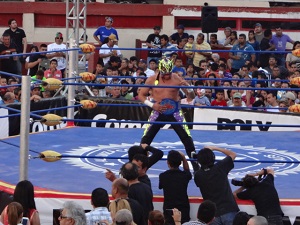 "Were re-establishing trust with the talent, with business partners, with fans," said DAmore to Newsweek (@Newsweek). "You cant fix it overnight."

One platform IMPACT Wrestling has decided to leverage, to regain their cool, is Twitch (@Twitch). The wrestling company signed a deal with the social video service, launching an IMPACT Wrestling channel. The companys Twitch channel features a 24-hour live stream and exclusive weekly programming, including lifestyle shows featuring IMPACT Wrestling stars outside of the ring as well as events such as Aprils “IMPACT Wrestling vs. Lucha Underground” showcase during the annual WrestleCon weekend.

"The interactive content and larger-than-life personalities of IMPACT Wrestling are a perfect fit for the platform whose passionate communities have demonstrated an increased appetite for professional wrestling and live events," said Nordholm. "As we adapt to new content consumption methods, our partnership with Twitch gives us an opportunity to interact directly with our audience, while engaging and growing our fan base across the world."

IMPACT Wrestling also sought to build their own stars, as they sought to refind their cool. While stars like Eric Young (@TheEricYoung), Drew McIntyre (@DMcIntyreWWE), EC3 (@therealec3), Bobby Lashley (@fightbobby) and the Hardys left for WWE, IMPACT was scouring the planet, looking for the next generation of talent.

While losing talent like Lashley, Roode, EC3 and The Hardys is a set back for most organizations; Callis, D'Amore and Nordholm saw the challenge as an opportunity. The trio has added new stars to the roster; such as Austin Aries (@AustinAries), Brian Cage (@MrGMSI_BCage), Johnny IMPACT (formerly known as John Morrison in the WWE (@TheRealMorrison)), and Su Yung (@realsuyung), as well as Los Lucha Brothers — Rey Fénix (@ReyFenixMx) and former Lucha Underground champion Pentagón Jr. (@PENTAELZEROM). 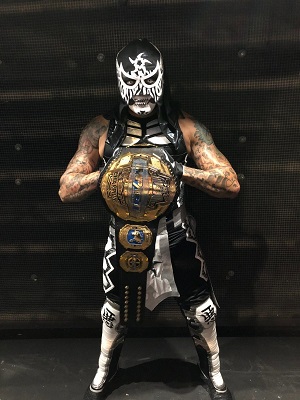 The company is also developing relationships with other organizations such as Lucha Libre AAA and Lucha Underground to help regain its "cool factor" and the trust of the fans, after burning bridges with NJPW under Carter's tenure running IMPACT wrestling.

"It's given Impact a lot of other players to use as they try to keep things fresh and move forward without the far larger budget they were playing with in the past. It's a different company now, one that is trying to make the most with the least,” said PWInsider.com Mike Johnson (@MikePWInsider). "The relationship with AAA and Lucha Underground is working out far better than the New Japan relationship did. Impact management at the time didn't seem to know how to utilize the international talents and many were used in stereotypical caricature roles that were more an insult to their heritage than an attempt to use them in the best way possible for Impact or New Japan. Now, we see Pentagon holding the Impact World title and we see so many international talents being used in marquee storylines and matches. Everyone is getting the most out of the relationship. It won't fix Impact's perception overnight but it's absolutely helping the company to move in the right direction."

Touring is also a big part of the companys turnaround, which is why the trip to Mexico was important for IMPACT Wrestling. Rey Fénix and Pentagón Jr., who are established stars in Lucha Libre AAA and Consejo Mundial de Lucha Libre (@CMLL_OFICIAL), will showcase the tour, as will Mexican lucha legend Konnan (@Konnan5150), currently managing the tag-team of Latin American Xchange (LAX) — Santana (@SantanaLAX) and Ortiz (@Ortiz5150). The Mexican tour will help set up the October 14 Bound for Glory pay-per-view, being held in New York City, which will feature LAX against The OGz — Hernandez (@SuperMexCTM), Homicide, and King (@MadKing1981) — in a six-man tag team hardcore match.

"Impact has been in a rebuilding phase for years it feels,” said Johnson. "One of the moves that they have made is to try and get out filming in Florida, so the show doesn't have the same, antiseptic look every week. Taking the show to Mexico should provide them with a fresh, vibrant look and hopefully some real passion from the fans South of the border. Lucha is far more celebrated in Mexico than pro wrestling is in the United States, so if Impact can capture that passion and bring it to their viewers, it will make the company seem far more alive."

Callis, D'Amore, and Nordholm believe that tours, such as the one in Mexico, will help build the brand back to its former glory, drawing fans back into the fold.

"Were making small, incremental steps," D'Amore. "Its grassroots stuff so we can build this product from the bottom up." 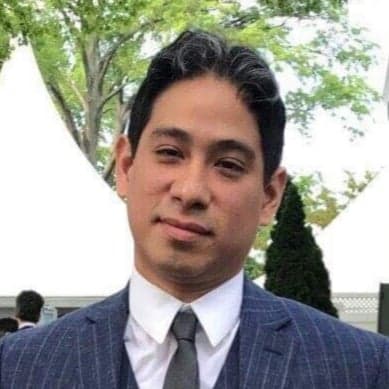 Edwin Molina is a freelance writer and skilled communications professional living in Brooklyn, NY. Molina has worked in media and communications for over 14 years; having covered various sports properties (NFL, NBA, MLB, NHL, MLS, UEFA, LIGA MX, UFC, Bellator, WWE, NASCAR, boxing), athletes, sports franchises, and media coverage on all platforms. Molina has previously written for the Boston Herald, Hispanic Market Weekly, and LatinPost.com. Molina is a graduate of Boston University as well as earned an M.S. in Sports Management from Columbia University.