Known for his political longevity and survival skills, Emmerson Mnangagwa has been biding his time, waiting in the wings to take over as leader of Zimbabwe. His revolutionary credentials, coupled with his support among key parts of Zimbabwe's elite — specifically within the military and security services — singled him out as a likely successor to Robert Mugabe.For 40 years, Mnangagwa stood next to Mugabe, the man who ruled Zimbabwe from its inception in 1980 until last year. Mnangagwa was the leader's right-hand man until being fired weeks before the November coup that toppled his longtime boss.Mnangagwa had fought alongside Mugabe in the 1977 liberation war, and then later was security minister and justice minister, but the job he had always wanted seemed to elude him.He got that chance after the November coup, and a victory in this week's election cements his position as the nation's leader.The trouble for Mnangagwa is that many still consider him to represent a continuation of Mugabe, whose ghost lingers over the ruling Zanu-PF party.

Mnangagwa was viewed as a potential presidential successor in leaked US diplomatic cables as far back as 2000.Those cables, part of a huge cache leaked to WikiLeaks by US Army soldier Chelsea Manning, paint a picture of a canny political operative who has surfed the waves of Zimbabwean politics, navigating periods both in and out of Mugabe's trusted inner circle.They also hint at Mnangagwa's dark past. In late 2000, a cable written by Earl Irving, then a US diplomat in Harare, described Mnangagwa as "widely feared and despised throughout the country," warning he could be "an even more repressive leader" than Mugabe if he were to succeed him. 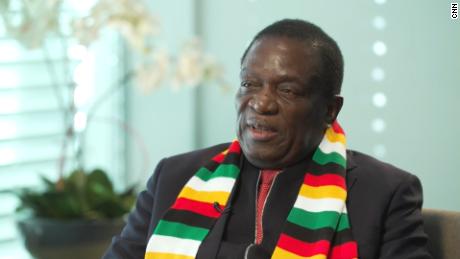 Fear of Mnangagwa stems from his position as Mugabe's enforcer and head of the Central Intelligence Organization, or secret police, and his alleged role in the 1983-84 massacres of the Ndebele ethnic group in Matabeleland, a region in Zimbabwe's southwest that was a center of opposition to Mugabe's regime.The International Association of Genocide Scholars, an international nonpartisan organization, estimated that the secret police and armed forces killed at least 20,000 civilians."Most of the dead were shot in public executions, often after being forced to dig their own graves in front of their family and fellow villagers," the association said in a 2011 report.Kate Hoey, a Labour Party member of the UK Parliament who has campaigned for years to highlight oppression under Mugabe's regime, described Mnangagwa in a parliamentary debate in November as "probably the one person in Zimbabwe who inspires even greater terror than Mugabe."

As President, Mnangagwa has pledged to heal divisions and rebuild the country. 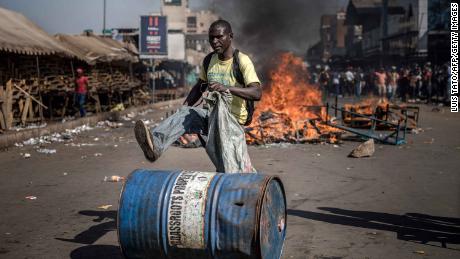 His Zanu-PF party won a two-thirds majority in parliament, but the presidential vote was far closer. Mnangagwa won 50.8% of the vote, the election commission said, just enough to avoid a runoff.The election victory was also marred by violent clashes in Harare between police and protesters supporting the opposition Movement for Democratic Change.Six people were killed, prompting statements of concern from the United States, the United Nations and the UK. While Mnangagwa called for an independent investigation into the violence, he is all too aware of the international concern surrounding the election.Zimbabwe is eager to ensure that elections are considered free and fair to lure back foreign investment and resuscitate its economy.A chaotic land-reform program, coupled with hyperinflation that saw the world's first trillion dollar notes, ravaged the economy during Mugabe's rule. 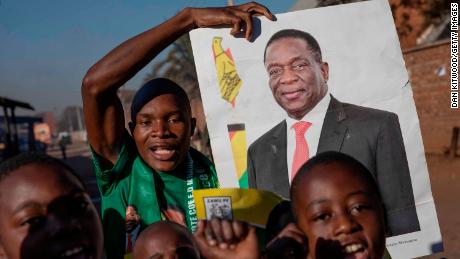 Later, under a government of national unity that included the late Morgan Tsvangirai as Prime Minister, the country was forced to dump its currency and adopt the US dollar.Relics of Zimbabwe's economic collapse line Harare's streets — tattered bank notes, vendors selling junk, gate after gate of abandoned factories locked and shut.In an interview with CNN in November, Tsvangirai warned that Mnangagwa should steer clear of Mugabe's path if he wants to bring the country back together."Knowing Emmerson Mnangagwa, his character, he will have to work very hard to change his character so that he can define the future of the country and define his future as a democrat, as a reformer," Tsvangirai said."That I doubt. But at the same time, he knows that he cannot continue on the same path Mugabe has traveled and still expect the population to respect him."For now, only Mnangagwa knows the path he will take — and Zimbabweans will be watching carefully.

Opinion: Why Winnie Mandela must be celebrated as an African feminist icon