The "hot zone" around the massive steam pipe explosion in the Flatiron District of Manhattan last week is shrinking as officials deem certain buildings and streets safe to reoccupy after assessing for asbestos.

Fifth Avenue between 20th and 21st streets remains closed to all pedestrian and vehicular traffic, with the exception of MTA buses (although buses are bypassing all stops between 18th and 23rd streets). 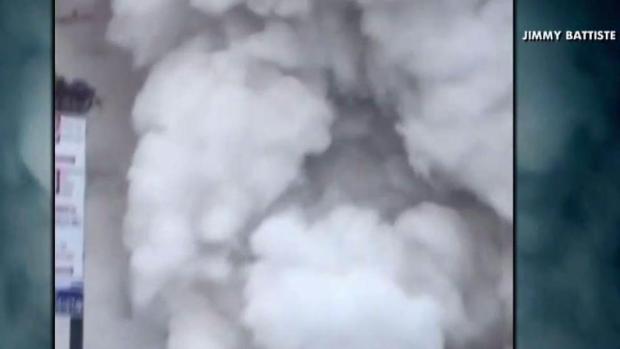 Officials are still examining buildings in the area and testing building facades, roofs and common areas for asbestos.

A reception area for affected residents remains open at the Clinton School at 10 East 15th St. from 8 a.m. throough 8 p.m.

A cause of Thursday's blast remains under investigation. Authorities say no Con Edison work was being done in the area, and there's no visible indicator to explain what happened. Gov. Cuomo has ordered a probe into any potential utility-related links.

The blast came almost exactly 11 years to the day of an 83-year-old steam pipe explosion near Grand Central. That shot debris 40 stories in the air, raining mud on midtown, after authorities said the pipe failed.