At least one person was trying to scale the Statue of Liberty after a banner reading 'Abolish ICE' was unfurled at its base Wednesday afternoon.

A woman was spotted scaling the statue, and had made it to Lady Liberty's midsection, US Park Police public information officer Sgt. Dave Somma told NBC 4. The island was being evacuated as a precaution. 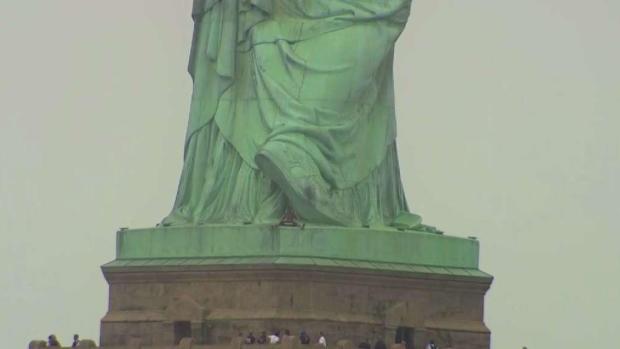 Earlier, seven people were arrested by the United States Park Police after unrolling a banner that read "Abolish I.C.E," at the statue. The banner was organized by the group Rise and Resist NYC, which said on Facebook it was at the Statue of Liberty to demand President Trump abolish the U.S. Immigration and Customs Enforcement agency and "reunite families, halt deportations and end detention as a deterrent."

The group denied any connection to the climber, however. A tweet from the @riseandresistny account read, "The climber on the Statue of Liberty has no connection to our #abolishice action earlier today."

Images on social media show the large banner unfurled at the base of the statue. The seven will be charged with unlawful protest, Somma said.

Island being evacuated of all tourists #statueoflibertypic.twitter.com/mkcPqBzdqE

Crazy scene at the Statue of Liberty right now. Woman “protesting” scales the side of the monument. pic.twitter.com/R0C00AEJXA

At the Statue of Liberty pic.twitter.com/mBxzQzBSGi

Just trying to see the #statueofliberty and some idiot shut the entire island down trying to climb it. pic.twitter.com/WyzAFBdCol

The news comes a week after a Wisconsin congressman introduced legislation to abolish the U.S. Immigration and Customs Enforcement agency in a demand for change that has become a campaign cry for some Democrats this primary season.

U.S. Rep. Mark Pocan (D-Wisc.) introduced the bill following a trip to the southern U.S. border, where he noticed the “cruel, inhumane and un-American policies taking place at the border that are now a direct result of actions by [President] Donald Trump.” 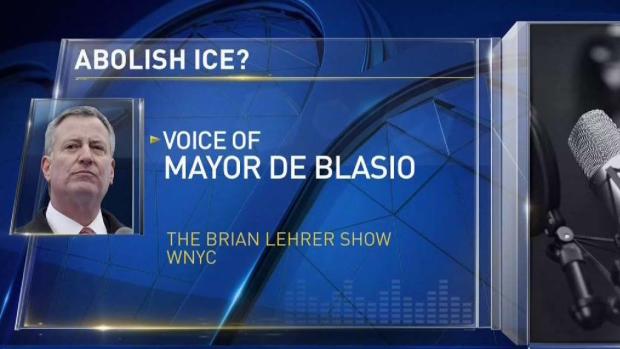 Mom Has Emotional NYC Reunion With Kids Taken at Border 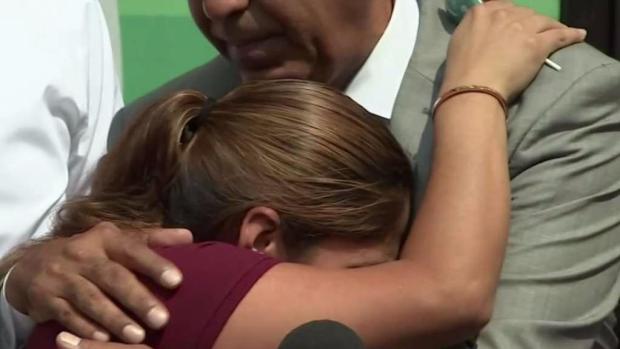 Alabama 9-Year-Old Dies by Suicide After Being Bullied

Cats Sealed Into Buckets and Abandoned in SoHo