The man who police say killed four journalists and a staffer at The Capital Gazette barricaded the exit door so employees couldn't escape, a prosecutor said Friday.

Jarrod Ramos, 38, allegedly opened fire inside the newspaper office Thursday, killing five and injuring two others. He had a long, acrimonious history with the newspaper, including a lawsuit and years of harassment of its journalists.

Ramos is charged with five counts of first-degree murder, according to court documents. Ramos appeared in an Annapolis courtroom via video feed Friday. He appeared to watch attentively during the hearing but never spoke. Ramos was ordered held without bail after Judge Thomas J. Pryal determined that Ramos remains a flight risk and a danger to the community given the severity of his actions. It was not immediately clear whether Ramos has an attorney.

Ramos, armed with a pump-action shotgun, shot out the doors to The Capital Gazette and shot the victims as he encountered them, charging documents say. Anne Arundel County States Attorney Wes Adams said Ramos had an escape plan and possibly barricaded the back door of the newsroom to prevent victims from escaping. Responding officers found him under a desk, where he was attempting to hide, authorities say. 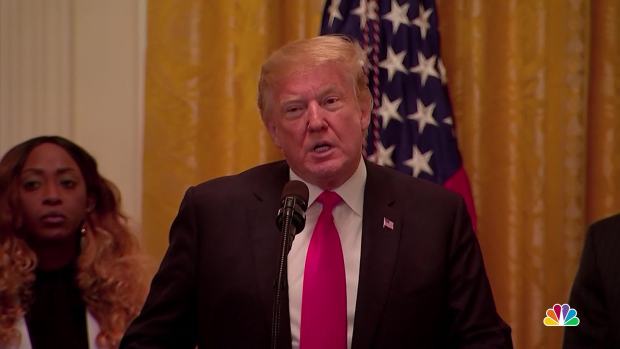 "The fella was there to kill as many people as he could get," Police Chief Timothy Altomare, refusing to say the suspect's name, said during a news conference Friday morning.

Altomare said the weapon Ramos used in the shooting was legally purchased about a year ago and that evidence of planning was found at his apartment.

While Thursday's attack on The Capital Gazette in Annapolis came amid months of verbal and online attacks on the "fake news media" from politicians and others from President Donald Trump on down, there was no immediate indication the shooting was connected to that rhetoric. The shooting prompted New York City police to tighten security at news organizations in the nation's media capital out of an abundance of caution.

Trump said Friday that the shooting "shocked the conscience of the nation and filled our hearts with grief."

"Journalists, like all Americans, should be free of the fear of being violently attacked while doing their jobs," he said at the White House during an event to mark the six-month anniversary of his tax reform law.

Trump said in a message to victims' families that "there are no words to express our sorrow."

Ramos had a well-documented history of harassing the paper's journalists, a feud that apparently began over a column about Ramos pleading guilty to harassing a woman.

In 2012, he filed a defamation lawsuit against the newspaper, alleging he was harmed by an article about his conviction. The suit was dismissed by a judge who wrote Ramos hadn't shown "anything that was published about you is, in fact, false." An appeals court later upheld the dismissal.

Ramos often railed against its staff members in profanity-laced tweets.

Altomare said detectives spoke with legal counsel for The Capital and several members of the staff about the threats, but the newspaper did not wish to pursue criminal charges, as they feared it would exacerbate the situation.

Acting Police Chief William Krampf of Anne Arundel County called it a targeted attack in which the gunman "looked for his victims."

Journalists crawled under desks and sought other hiding places in what they described as minutes of terror as they heard the gunman's footsteps and the repeated blasts of the shotgun as he moved about the newsroom.

Those killed at the Gazette included Rob Hiaasen, 59, the paper's assistant managing editor and brother of novelist Carl Hiaasen. Carl Hiaasen said he was "devastated and heartsick" at losing his brother, "one of the most gentle and funny people I've ever known."

Phil Davis, a courts and crime reporter for the paper, tweeted that the gunman shot out the glass door to the office and fired into the newsroom, sending people scrambling under desks.

"There is nothing more terrifying than hearing multiple people get shot while you're under your desk and then hear the gunman reload," he wrote in a tweet. In a later interview appearing on the paper's online site, Davis likened the newspaper office to a "war zone."

The front page of The Capital.

The newspaper proceeded to publish and report the news today despite coming under attack by a gunman and losing 5 colleagues yesterday. pic.twitter.com/4WQyXf3elv

Tomorrow this Capital page will return to its steady purpose of offering readers informed opinion about the world around them. But today, we are speechless. pic.twitter.com/5HzKN2IW7Q

"I'm a police reporter. I write about this stuff — not necessarily to this extent, but shootings and death — all the time," he said. "But as much as I'm going to try to articulate how traumatizing it is to be hiding under your desk, you don't know until you're there and you feel helpless."

Reporter Selene San Felice told CNN she was at her desk but ran after hearing shots, only to find a back door locked. She then watched as a colleague was shot, adding she didn't glimpse the gunman.

"I heard footsteps a couple of times," she said. "I was breathing really loud and was trying not to, but I couldn't be quiet."

The reporter recalled a June 2016 mass shooting attack on Orlando's gay nightclub Pulse and how terrified people crouching inside had texted loved ones as dozens were killed. Said San Felice, "And there I was sitting under a desk, texting my parents and telling them I loved them."

Survivors said the shooting — though it seemed agonizingly long — lasted mere minutes. And police said their response was swift.

Police spokesman Lt. Ryan Frashure said officers arrived within about 60 seconds and took the gunman into custody without an exchange of gunfire. Ramos attempted to hide under a desk until police found him, according to a charging document.

About 170 people were then evacuated from the building, which houses other offices. Many left with their hands up as police and other emergency vehicles arrived.

Investigators remained on the cordoned-off site early Friday as they sought clues to the gunman's motives.

"The shooter has not been very forthcoming, so we don't have any information yet on motive," Anne Arundel County Executive Steve Schuh said.

Following police activity late Thursday around a Laurel apartment complex where the suspect is believed to have resided, officers by 2 a.m. could be seen clearing the scene.

Annapolis Mayor Gavin Buckley said the community was grieving the attack on its paper.

"These are the guys that come to city council meetings, have to listen to boring politicians and sit there,'' Buckley said. "They don't make a lot of money. It's just immoral that their lives should be in danger."

Appearing on MSNBC Friday, Buckley called for a look into gun control and mental health issues, saying that "this can't be the new normal."

"We can't keep accepting this," he said.

Buckley added that he thought there would be "some traction" after the school shooting in Parkland, Florida, and the students' March for Our Lives campaign. However, he expressed disappointment at the lack of change that has taken place since that Feb. 14 massacre.

"We shouldn't be mad all the time. … We need to take a deep breath … We got to stop hating one another," Buckley said.

In April, Marylands governor signed a “red-flag” bill into law that will allow family members or police officers to ask a judge to order someones firearms be removed temporarily. The law applies to all guns and goes into effect in October.

Lindsay Nichols, the federal policy director at the Giffords Law Center to Prevent Gun Violence, said that had the law been effect, “Given the facts of this case, I think there was a strong possibility that law enforcement would have been able to obtain an extreme risk protection order against this person and therefore the persons guns might have been removed or he wouldnt have been able to buy this gun.”

The Capital Gazette newspaper is part of Capital Gazette Communications, which also publishes the Maryland Gazette and CapitalGazette.com. It is owned by The Baltimore Sun.

Late Thursday night, the paper unveiled its front page, featuring the photos of their five colleagues who had been killed just hours earlier.

The opinion page, which was left nearly blank intentionally, also featured a tribute to the victims.

"Today, we are speechless. This page is intentionally left blank today to commemorate the victims of Thursday's shooting at our office," the page read.

The Associated Press Media Editors promised to help Capital Gazette journalists as they recover. An APME statement called on newspapers nationwide to help the paper continue its community coverage and fight for freedom of the press.

The Associated Press contributed to this report.

US grounds Saudi pilot trainees after deadly Pensacola base shooting