The treatments were allowed Monday by a Congo ethics committee on the grounds of compassionate use. Such treatments have never before been widely available or used during an Ebola outbreak, the World Health Organization said Wednesday; at least one of the drugs was used on a limited basis in the 2014 West Africa outbreak.There have been 58 cases of Ebola reported, including 27 deaths, since the outbreak was declared May 8. Thirty-seven cases have been confirmed with laboratory tests.Control of the outbreak has focused on efforts such as patient isolation and care, contact tracing, community awareness and the use of an experimental vaccine, rVSV-ZEBOV.Vaccination began in the urban setting of Mbandaka and spread to rural regions like Bikoro, where the outbreak began.Last week, WHO was "cautiously optimistic" about the outbreak, as Mbandaka seemed relatively safeguarded and officials hadn't "seen an explosive increase in cases," said Dr. Peter Salama, the deputy director-general of WHO's Emergencies Program.The five approved experimental therapeutics are the monoclonal antibody cocktails ZMapp, REGN and mAb 114 and the antivirals remdesivir and favipiravir. All but favipiravir are already in Congo, WHO said Wednesday. "Clinicians working in the treatment centres will make decisions on which drug to use as deemed helpful for their patients, and appropriate for the setting. The treatments can be used as long as informed consent is obtained from patients and protocols are followed, with close monitoring and reporting of any adverse events," WHO said. 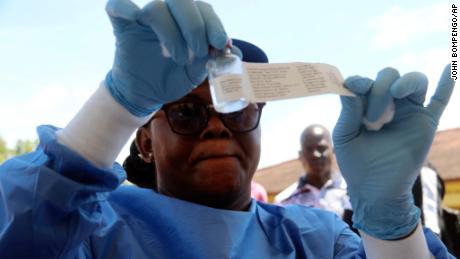 Some of the treatments require IV infusion, while others require daily assessment of liver and kidney function, according to Dr. Michael Ryan, WHO assistant director-general for emergency preparedness and response. Use of the drugs will also form part of a clinical trial to assess their effectiveness and inform use in future outbreaks. 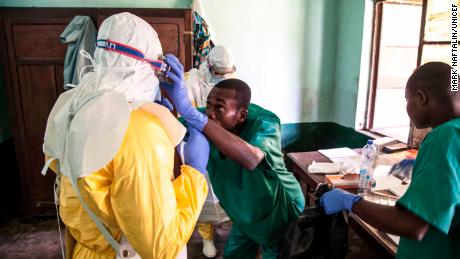 In 2014, ZMapp was used to treat two American missionary workers, Dr. Kent Brantly and Nancy Writebol, who contracted Ebola in Liberia. Previously, the experimental drug had been tested only in monkeys. It was later used to treat other patients during the same outbreak.Vaccination, therapeutic and control efforts have and will be carried out through partnerships between WHO, the International Federation of the Red Cross and Red Crescent Societies, Medecins sans Frontieres (Doctors Without Borders) and many other nongovernmental organizations on the ground in Congo.Ebola virus disease, which most commonly affects people and nonhuman primates such as monkeys, gorillas and chimpanzees, is caused by one of five Ebola viruses. On average, about 50% of people who become ill with Ebola die.The disease is endemic to the Democratic Republic of Congo, and this is the nation's ninth outbreak since the discovery of the virus in the country in 1976.Humans can be infected by other humans if they come in contact with bodily fluids from an infected person or contaminated objects from infected persons. Humans can also be exposed to the virus by, for example, butchering infected animals.West Africa experienced the largest recorded outbreak of Ebola over a two-year period beginning in March 2014; a total of 28,616 confirmed, probable and suspected cases were reported in Guinea, Liberia and Sierra Leone, with 11,310 deaths, according to WHO.

Where is ‘red line’ on rape in war?