Trump will discuss ways of combating terrorism, promoting economic growth and building Nigeria's role as a leader in West Africa at the April 30 meeting, White House spokeswoman Sarah Sanders said in a statement Sunday."President Trump looks forward to discussing ways to enhance our strategic partnership and advance our shared priorities: promoting economic growth and reforms, fighting terrorism and other threats to peace and security," the statement said.Nigeria has been battling Boko Haram insurgency for nearly nine years in the northeast of the country, a war which has killed hundreds of thousands and displaced at least 2.1 million people internally in the country according to recent report. The group is behind the notorious kidnapping of more than 200 schoolgirls in Chibok. Last year, the State Department under President Trump approved the sale of 12 military planes and security equipment worth $600 million to Nigeria. President Obama had previously agreed the sale but halted it following incidents such as the accidental bombing of a refugee camp by a Nigerian Air Force fighter jet, according to a Reuters report. Trump made calls to President Buhari and then South Africa President Jacob Zuma when he took office last year, inviting them to Washington at a mutually convenient date. The US president has also sought to improve relationship with African governments after his alleged reference to African nations as "shitholes" in January. He was forced to write a letter to the African Union telling them that he "profoundly respects" the United States' partnership with Africa. He also sent one of his top diplomats, Secretary of State Rex Tillerson on a visit to the continent in March to affirm US partnerships across the continent. However the trip was cut short and Tillerson fired.

Despite concerns over his health and increasing criticism over insecurity in the country, Nigeria's President Buhari, who is currently in London attending the Commonwealth Heads of Government Meeting (CHOGM) recently declared he would be standing for a second termHis opponents argue that he has not fulfilled his campaign promises to tackle corruption and insecurity in northeast Nigeria.President Buhari has responded to some of the backlash saying his administration had not "done too badly," considering the economic challenges facing the country before he took office in 2015. "If they had used 50 percent of the money we made when oil prices went as high as $143 per barrel, and stabilized at $100 with production at 2.1 million barrels per day for many years, Nigerians would have minded their business," Buhari said at a meeting of the Diaspora for Buhari group in London. Some of Buhari's public criticism has come from surprising quarters; his wife. Aisha Buhari gave an interview where she spoke out about members of her husband's cabinet who she said were were derailing his administration. 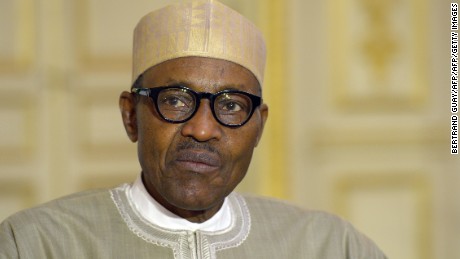 Referring to them as "hyenas and jackals," she said in the interview she would find it hard to campaign for her husband in the 2019 election if he did not shake up his government. However, she recently explained that the criticism was not meant to ridicule the President but rather came from her own "sense of justice." "Nigerians elected this administration based on the trust and confidence they have on my husband," Aisha said in a statement Sunday. "I, therefore, feel that we are here to serve Nigeria to the best of our ability," she added in the statement.

Rwandan opposition leader stands by her innocence at trial

….can prime minister Abiy Ahmed keep up with these political transformation?